I did some poking around the site, and decided it safe enough to map; no crocodiles or giant rocs attacked during any part of the trip. Once that decision was made, it seemed like a good idea to find out where I was! So I hooked up the astrolabe and headed outside. 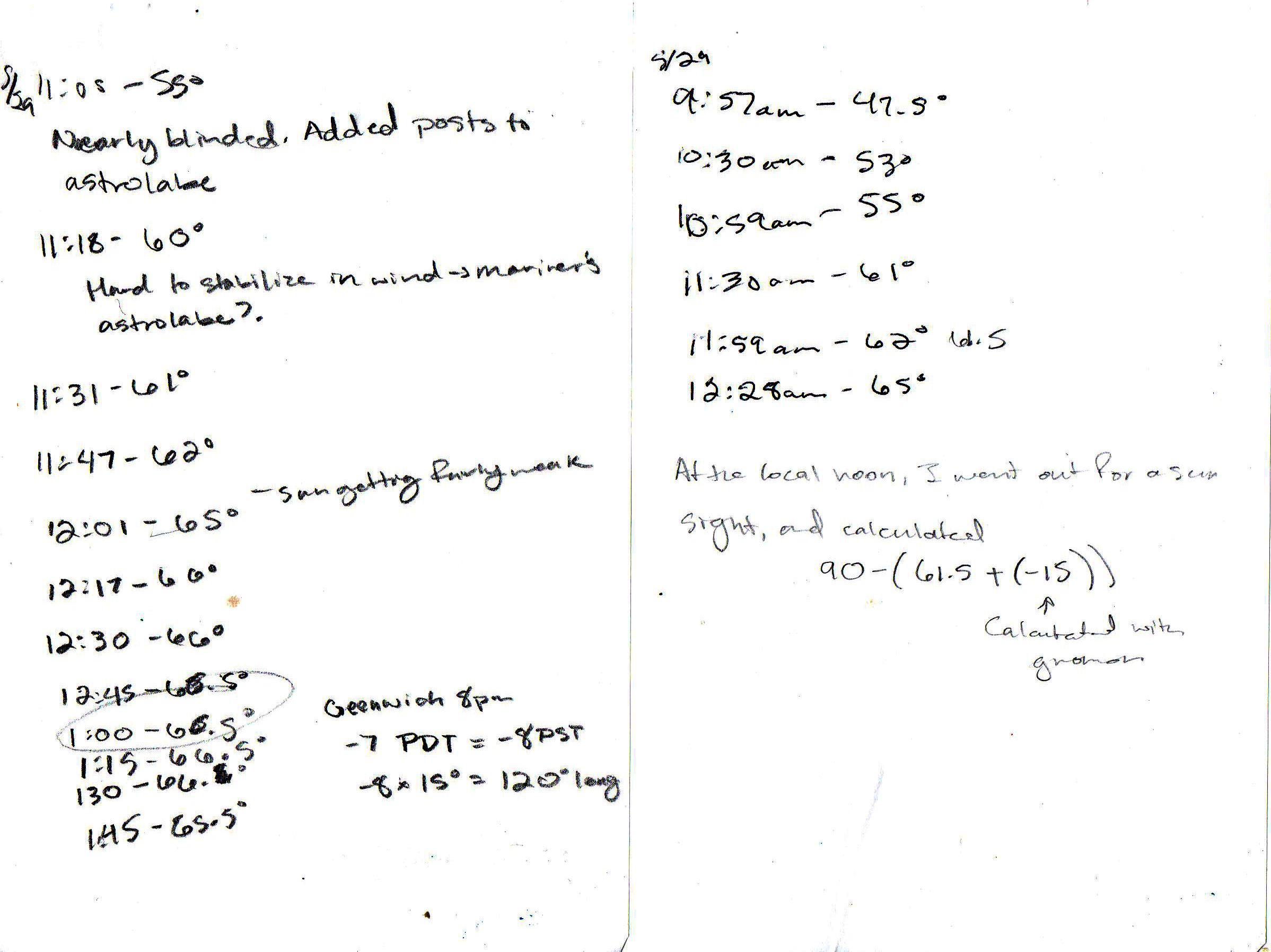 Blessedly it was sunny, but I immediately recognized an issue: wind. I’d start lining up the pegs in the astrolabe, and it would swing wildly! Though there is much evidence that paper astrolabes were the historic norm (lost to the decomposition of paper over time), but they had to have been fairly unstable if you were in a windy area; hence the heavy brass. However, the mariner’s astrolabe actually has holes in it, to cut down on sway. Yes, the calendar functions are then cut out of the astrolabe, but at least you can tell where you are!

Nevertheless, I tried taking measurements every 15 minutes for two separate days, then doing some math to determine my lattitude (how far north or south I was). HOWEVER. Not only were these calculations were a little off, but where did the declination come from anyway?? The Greenwich Mean Time distinction wasn’t set officially until the International Meridian Conference of 1884, so that scribbled calculation was just a bit of fun. 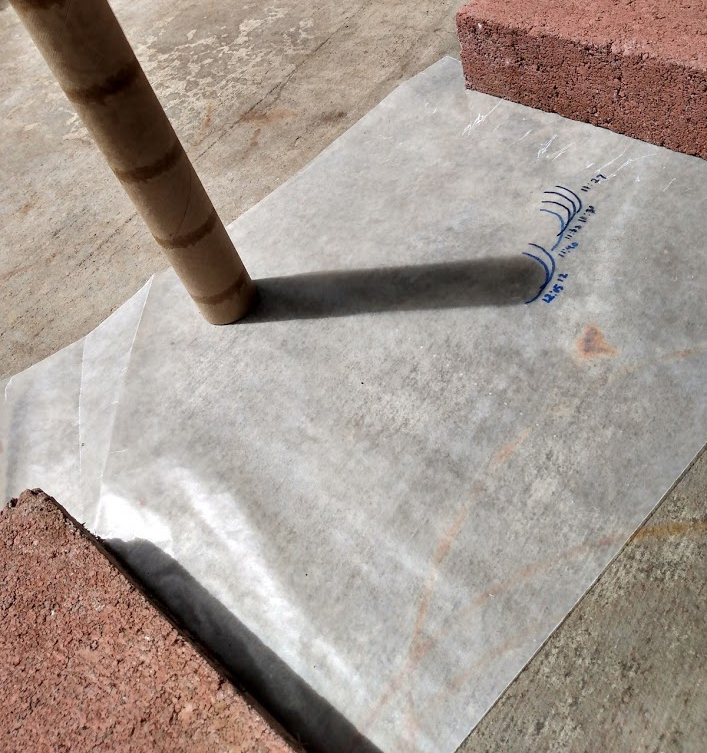 Enter the gnomon. Literally a carefully measured stick. Ideally, I would have had an obelisk shape so I could have drawn a dot to measure from, but you do with what you have! This took a few tries, as I had to have a strong beam of sun, every 15 minutes for 2-3 hours! But eventually I got one to work (even though it was my messiest sheet!). 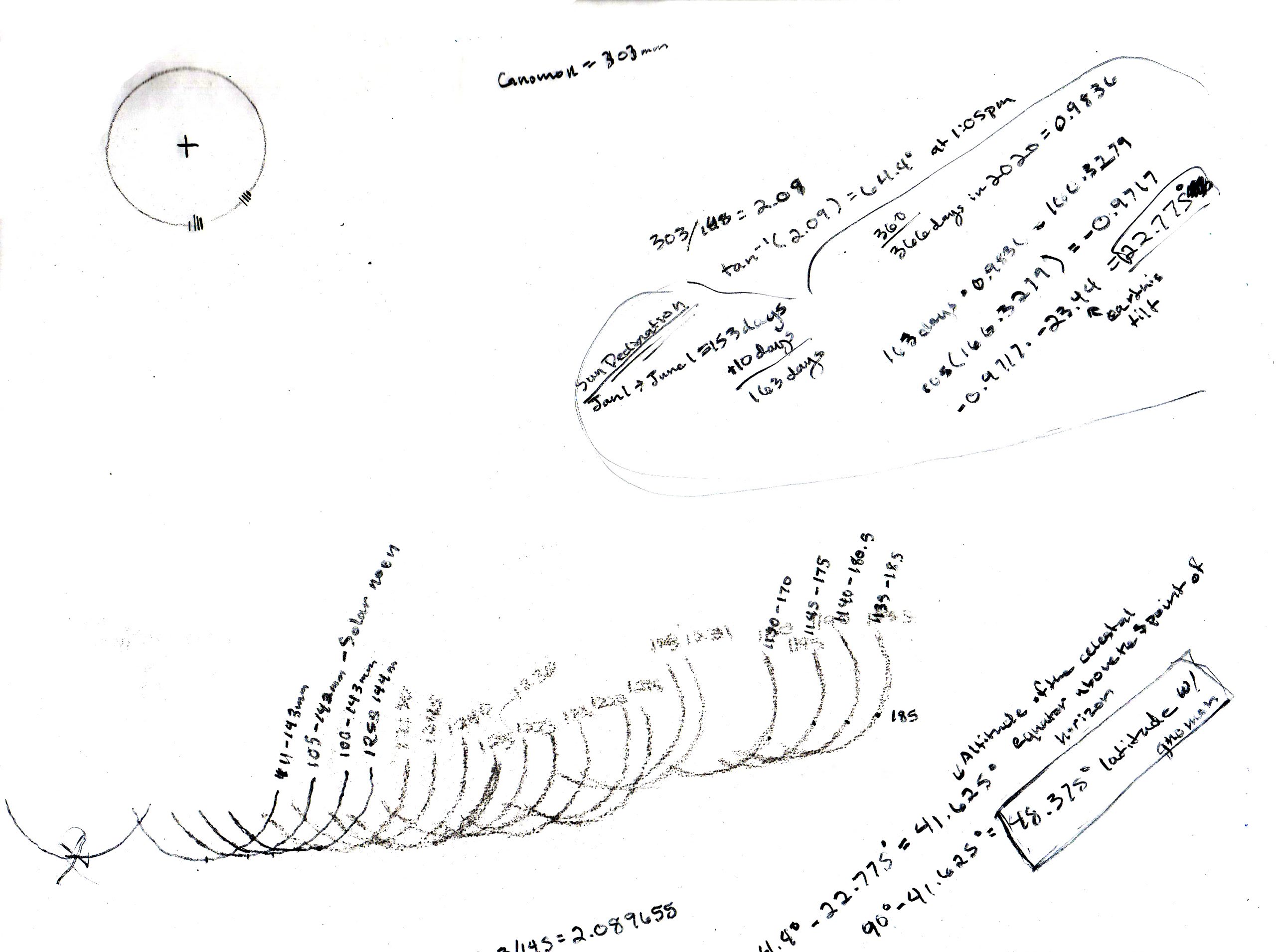 So after drawing a bunch of crescents and measuring the distance from the edge of the gnomon, to the farthest edge of each crest, then doing a bunch of star math, I came up with a latitude of 48.375! Very close. As far as longitude, wherever I am, it’s clearly on a west coast, as the sun sets on the water, and I’m well into the deep of the Eastern Pacific ocean.

So which tool do I prefer? The gnomon gave me the most accurate results and there was zero guessing. The astrolabe feels more arbitrary, lining up the sun holes, and seems to require stronger sunlight. Unfortunately, the gnomon is impossible to use on a boat, since it has to remain completely still, lest there be errors. So the mariner’s astrolabe wins purely by versatility!