Heading out on the first clear day, I thought it would be wise to take the whole area first, staking out the boundary lines. I started on one edge, and picked out a defined marker, as the forest seemed to stretch on wildly beyond that point. 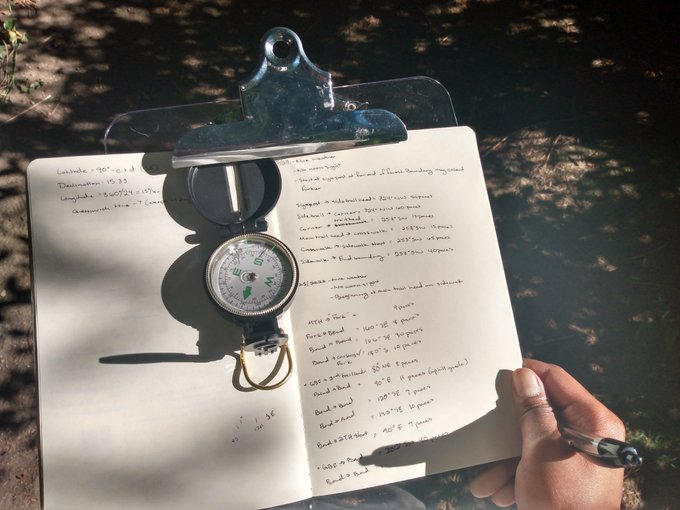 I used a method of measuring by gait, where you walk as evenly as possible, then measure your gait, to get the distance later on. I used my somewhat questionable compass, wrote the direction I was headed in, counted off paces and walked as straight a line as possible until I had to reorient. Rinse and repeat.

Where there better options in the 15th century? Some. But those were teams of royal cartographers, sent out by the patriarchy to figure out just how much land they owned! A common sailor, dropped into a strange new place, such as myself however, would not have perfectly measured steel chains, nor tempered, hand-selected sticks of wood at perfect lengths. So you make do with what you have! 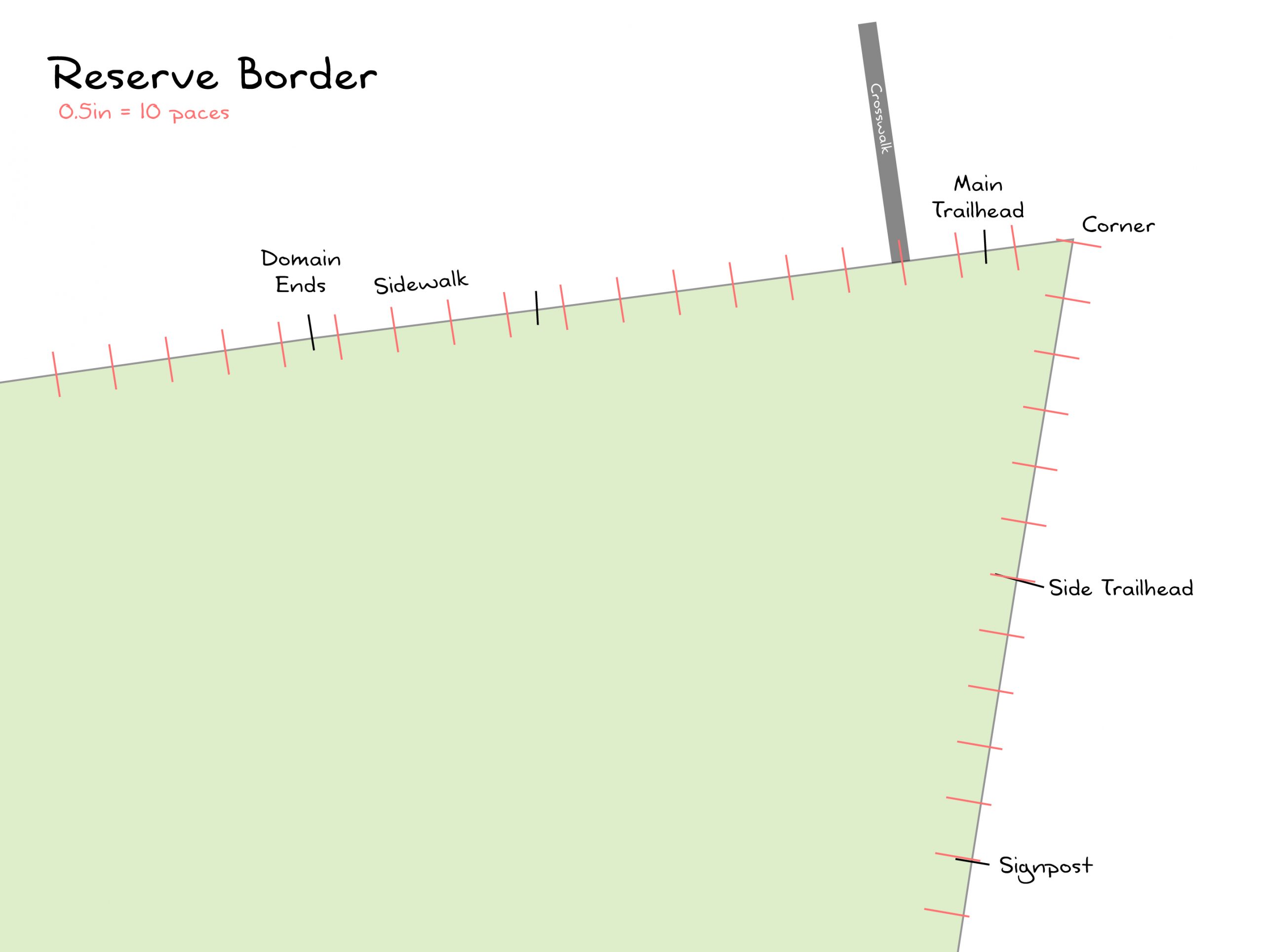 I was recently able to carve a bit into the interior. There will be some blind areas, as the foliage is thick, and I’ve not brought my hip waders for getting near the body of water stashed in this little treasure cove, but I can get the main open paths, and guess at the middle bits. It seems to run a long trapezoid and dissolve into general wild forest for a bit, until hitting more residence. We shall soon see!