I’ve learned a lot about this tiny patch of green over the past few weeks! There seems to be a weird Bermuda Triangle situation going on with part of the trail. All of my compasses go wacky, and I have to start over. Furthermore, since I can’t pin any of the locations down to a coordinate, they all basically build off one another… a compounding error sort of situation.

Therefore, I’ve returned to the site over and over, comparing the numbers each time. I’ve discovered little areas I didn’t know existed, and side trails that cut through here and there (not yet mapped!). However, I have yet to uncover a mountain beaver, as the sign suggests do exist here. Those dang beavers!!

After several attempts, I have ended up with something that’s close, but some things overlap, or don’t quite connect. Why is that?

It could easily be miscalculation of length, but there is something that I haven’t factored in… Hills! I haven’t accounted for steep hills, which shorten up some of the measurements I’ve made. Now the question is… how were hill heights measured accurately, with the tools available in the 15th century?

…perhaps my new astrolabe needs to be more complex than I thought! 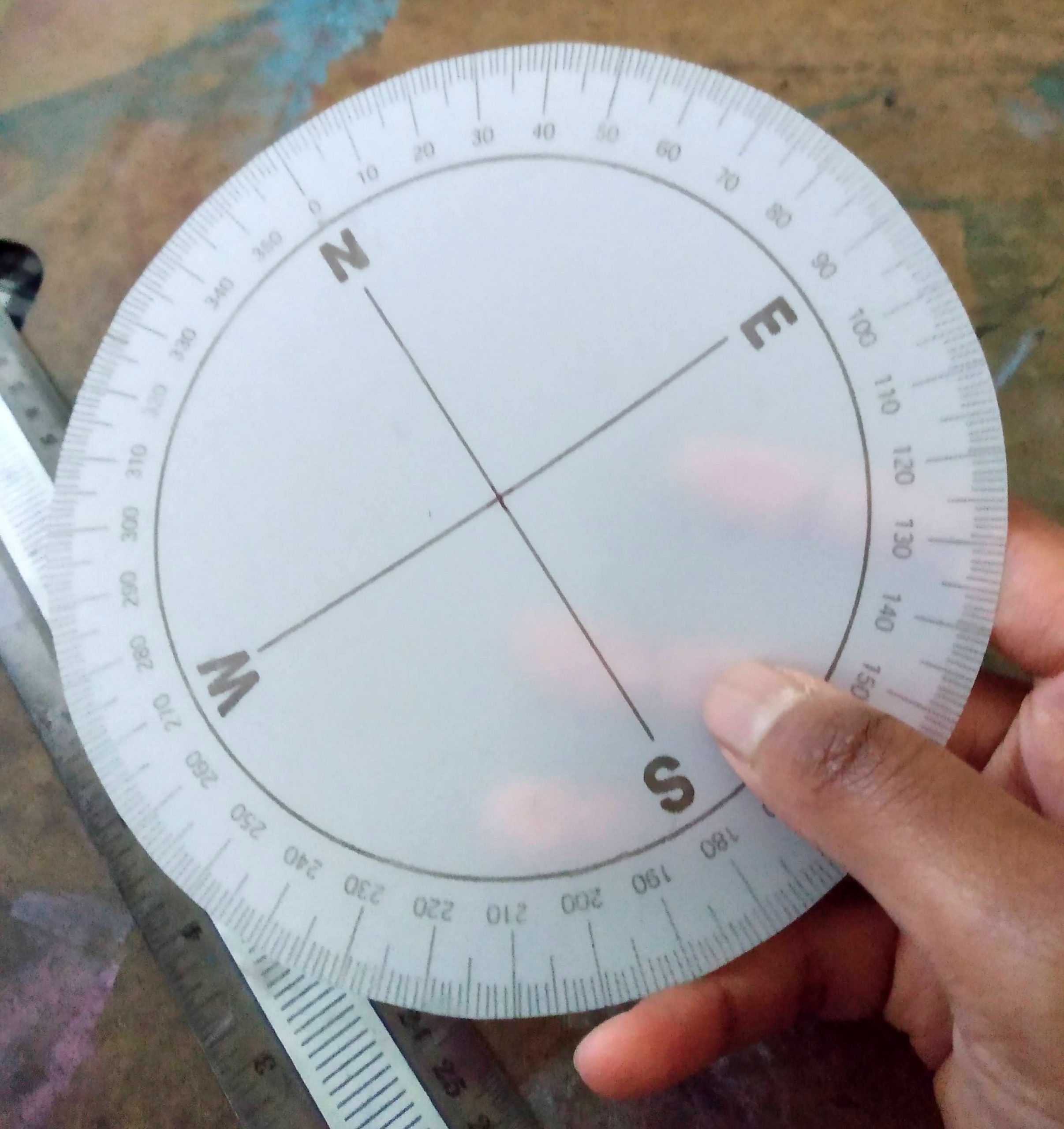 One quick tool that has been really helpful, is a 360 degree protractor, printed on to Duralar, so I can partially see through it. It’s made plotting points much faster!

Once we get these hills accounted for, the bones of the map will be complete, and I will get to add in fun things like trail width, clearings (there’s a tiny meadow!) and maybe some creature sightings. I’ll even have to measure distance through sight, something that had to be done from the decks of ships all the time (which was how this whole project got started!).

After I wrap up this map, I’d like to start sharing what I’ve learned in digestible bits. Crazy stuff like navigating by star math.

I can’t wait to share it with you. It’s gonna be a blast.