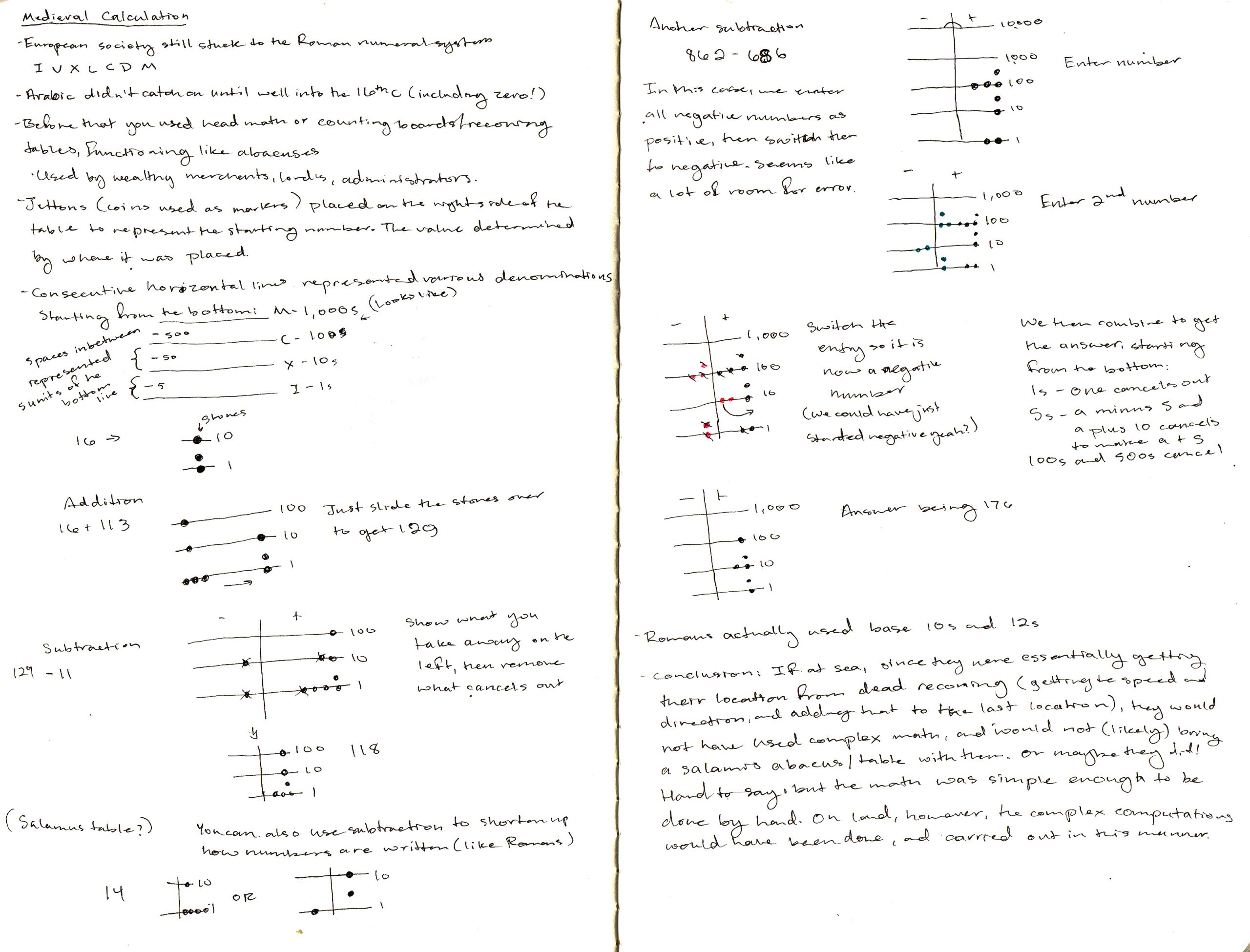 Sailors of the Middle Ages were running fairly simple arithmetic, so they’d mostly rely on head or finger math. You did have to be quite smart to be a navigator, so this doesn’t surprise me at all (a side note: You can navigate, as far as getting to a place, by using visual cues, and even by feeling the temperature of the current, but in order to know where a thing is relative to another thing with accuracy, did require some calculation).

But if you were making a chart back on land, how would you do those complex calculations?

You can see my notes on the subject above, and I could have filmed myself doing math, but that’s already been done! Check out Joe Van Cleave working with the table system that was used in Middle Ages Europe (and note, they were still using Roman numerals at the time, so entering the number 4 by entering a positive 5 and a negative 1 made perfect sense. Not strictly necessary, but it does save space on the board!):

This ended up being a fascinating rabbit hole! Maybe I’ll try using the table on my elevations calculations coming up!