You know, I have always understood that compasses point generally Northward, or that East is in the direction of sunrise, but… I never really knew how to use that information. I just felt like “hey, we’re going North. What a thrill!”

So, this time we’re talking about how to use that sense of direction we’re developing, through 3 different methodologies. 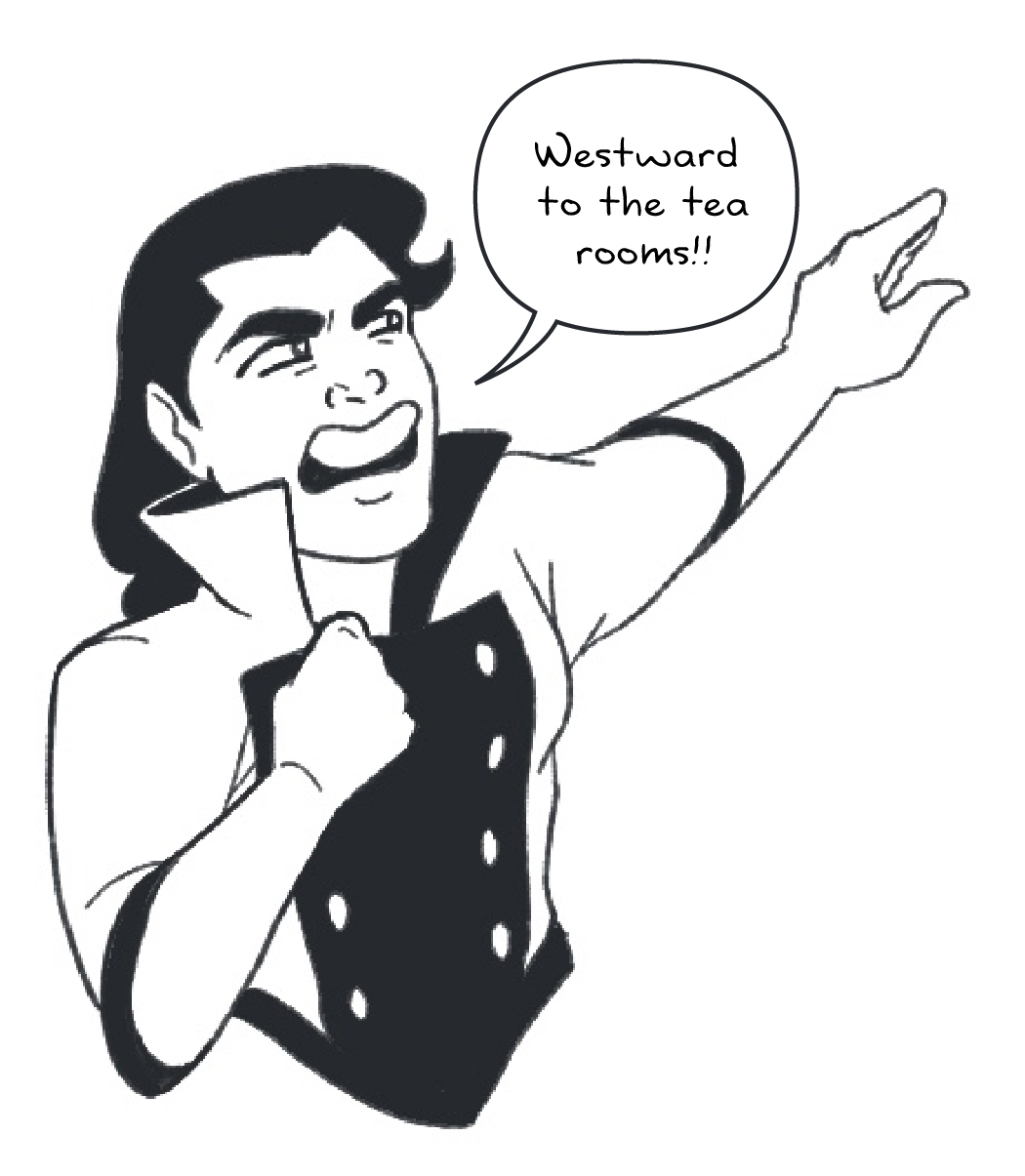 I’m still not sure if we’ll talk about reading maps in this series, but if you know the direction of your destination from your current location, you can use your since of direction to find it. For example:

Say you’re a pirate looking for a great tea shop that was recommended to you. You’ve been told (or maybe you have a map) that the shop is 30 paces West. It’s late afternoon, so you turn toward sunset and start walking! 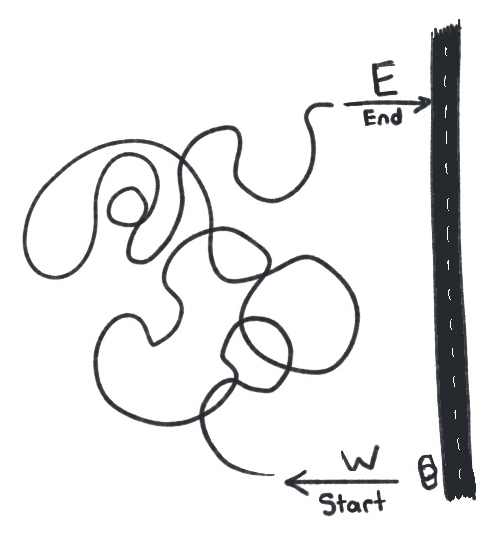 Most of us want the freedom of exploration without wandering around trying to find our vehicle at the end of the day. Here’s how we do that, using our sense of direction: 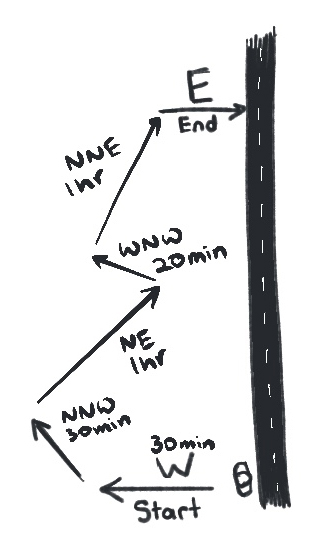 Most of us will be more like the Levelheaded Wanderer, but if you want to really keep control over where you are, you can track which direction you head in, the duration, and make a note of every time you change directions. If you also happen to note your surroundings as you go, this is a great way to make a map!

When you are read to head back, you can either retrace your steps, or head out to the handrail, but this time you’ll know which direction to head in to find your starting point, and for roughly how long!

I feel like most people hear about dead reckoning in connection to Christopher Columbus who was… not a good navigator. This doesn’t mean dead reckoning is a poor navigation method! Far from it. Columbus just used it poorly, in addition to trying to experiment with celestial navigation which he was much worse at, not knowing much about it. A cautionary tale: Try things at home before using them in the middle of the ocean.

How it works: Instead of using the stars to navigate, you make a guess, based on the direction and duration of travel. It’s the path of the Fastidious Record Keeper, but you have a map (or a list of directions) and are trying to get to a specific location. It will definitely get you in the right general location, if you kept accurate track of your direction, speed and duration.

What does time have to do with anything?

I keep dodging around talking about time. It’s a really wide subject, so I have to be judicious about what belongs to navigation, and what are just musings about how time works as a whole. Even still, it is a big topic, split into night and day, just like North is. So maybe next time we’ll chat about Time… Part 1!