The last Star Math post talked about what longitude is, and how the Earth is theoretically divided in slices, spreading out East and West, originating from Greenwich, England.

This time, we get to calculate how far East or West we are on the globe!

Right now, it’s 11:52am where I am. A quick Google search tells me that it is 6:52pm in Greenwich. But I also just entered into Daylight Saving Time (now, do you see why I went on a rant about what a pain DST is??). So though the clock would lead me to think I am -7 hours from Greenwich Mean Time, I am, in fact -8 hours GMT. This would get me a ballpark longitude. I’ll talk about methods for exact longitude in a moment.

Then we plug into the equation:

Therefore I’m somewhere about 120° to the West of Greenwich. Yes, it’s actually that easy. 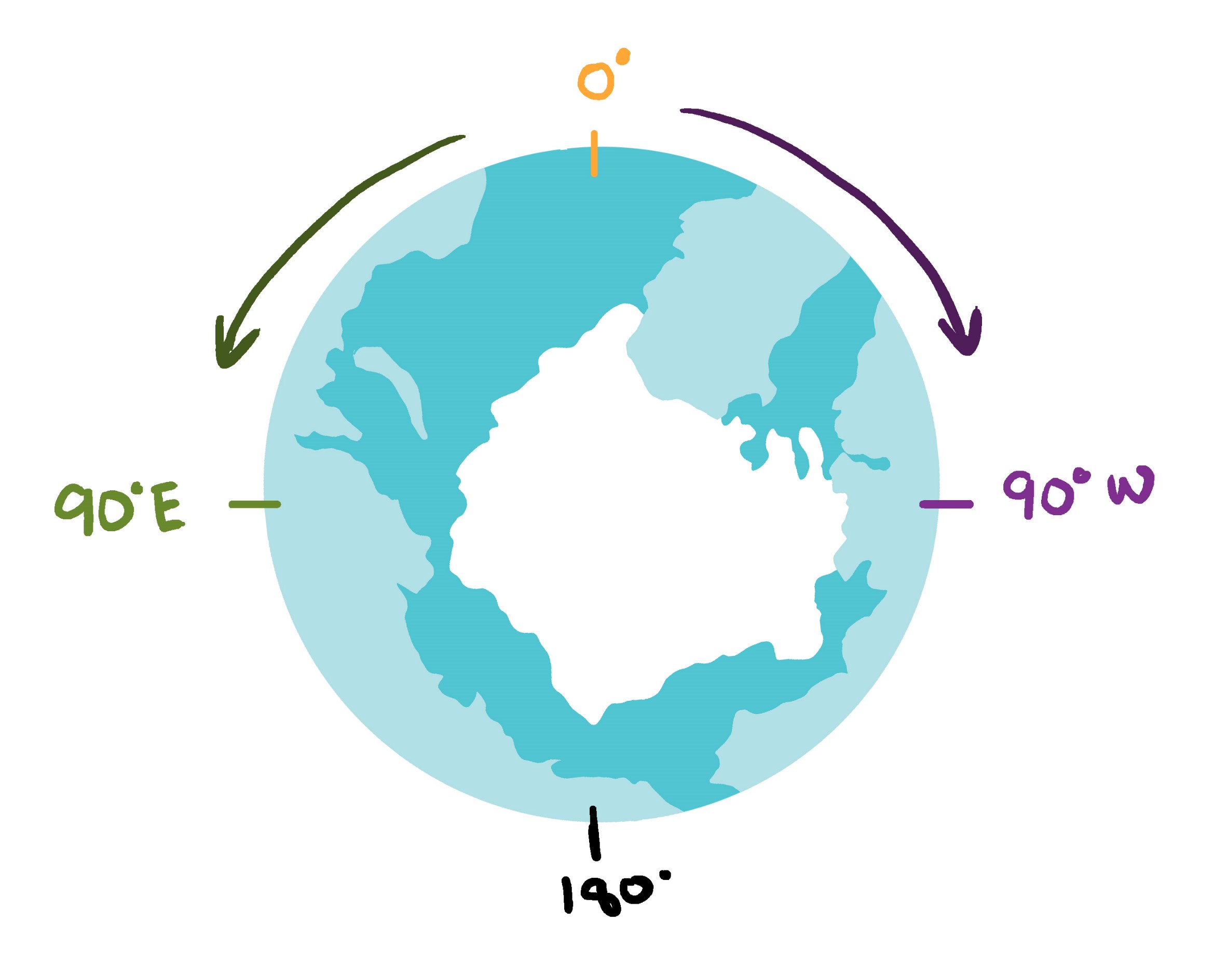 So a circle is 360° all the way around. If the Earth completes one rotation every 24 hours (basically, it basically does. Someday I’ll cover Navigation Night Mode. It’s a trip and a half), so that means, in an hour, the Sun will appear to move about 15°. So we’re essentially counting how many 15° chunks we are away from Greenwich, multiplying the each hour by 15°.

If you want to know your exact longitude, you need to know how many hours, minutes and seconds your local time is off from Greenwich. I did mention before that time zones are nice hour chunks so our brains can more easily parse the movement of time but… there’s minutes and seconds difference between different locations. The only real way to figure this out is by using an instrument to figure out the exact time that the sun is at it’s peak height in the sky.

I did this experiment with a homemade gnomon and astrolabe here. Now, the math I talk about there has to do with latitude, which we’ll talk about next, but let’s say that I observed the sun to be at it’s highest height at exactly -7hr 45min off from GMT. I’d calculate it this way:

131.25 is the Decimal Degrees version of the longitude representation. If I wanted to look cool, or use it for other purposes, I could note it as:

Yes, if I was eagle-eyed enough, we could also calculate seconds, but honestly, you’ll be close enough without them, if it’s just for a roughing it, or for fun navigation jaunt!

Now that you can figure out how far East or West you are on the globe, next is figuring out how far North or South!

Next up, we chat Latitude.