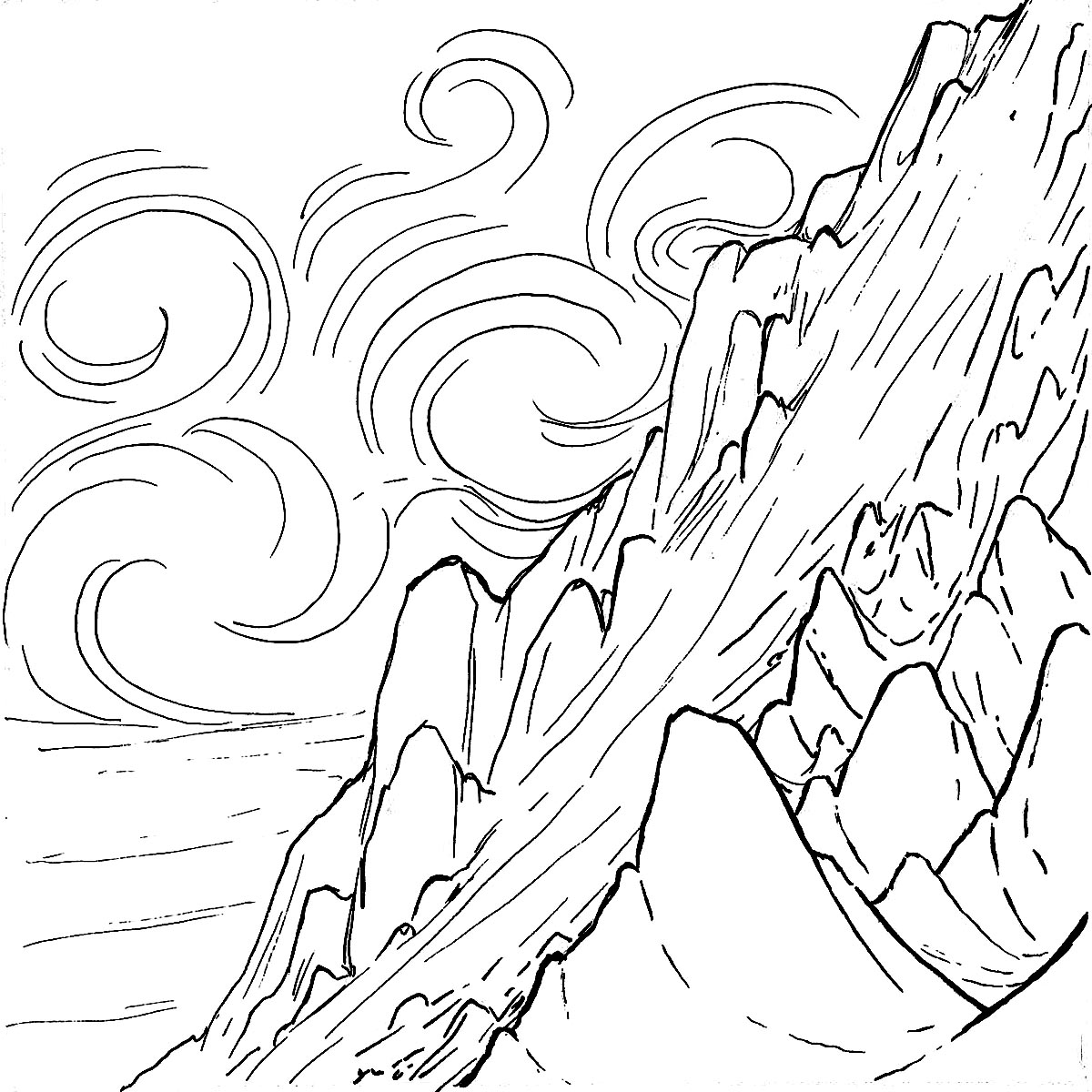 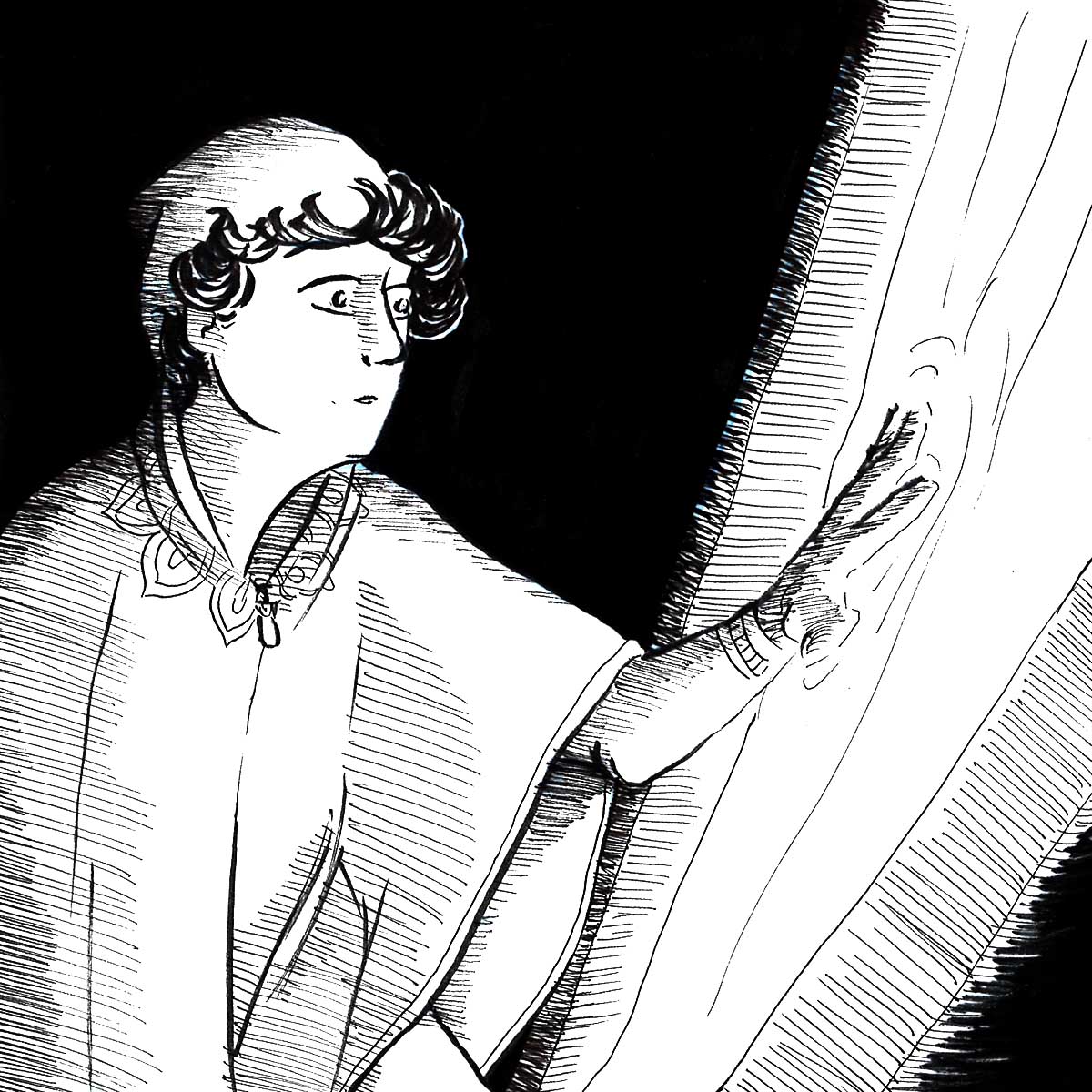 “…then again, what did I know about gates and magic.” 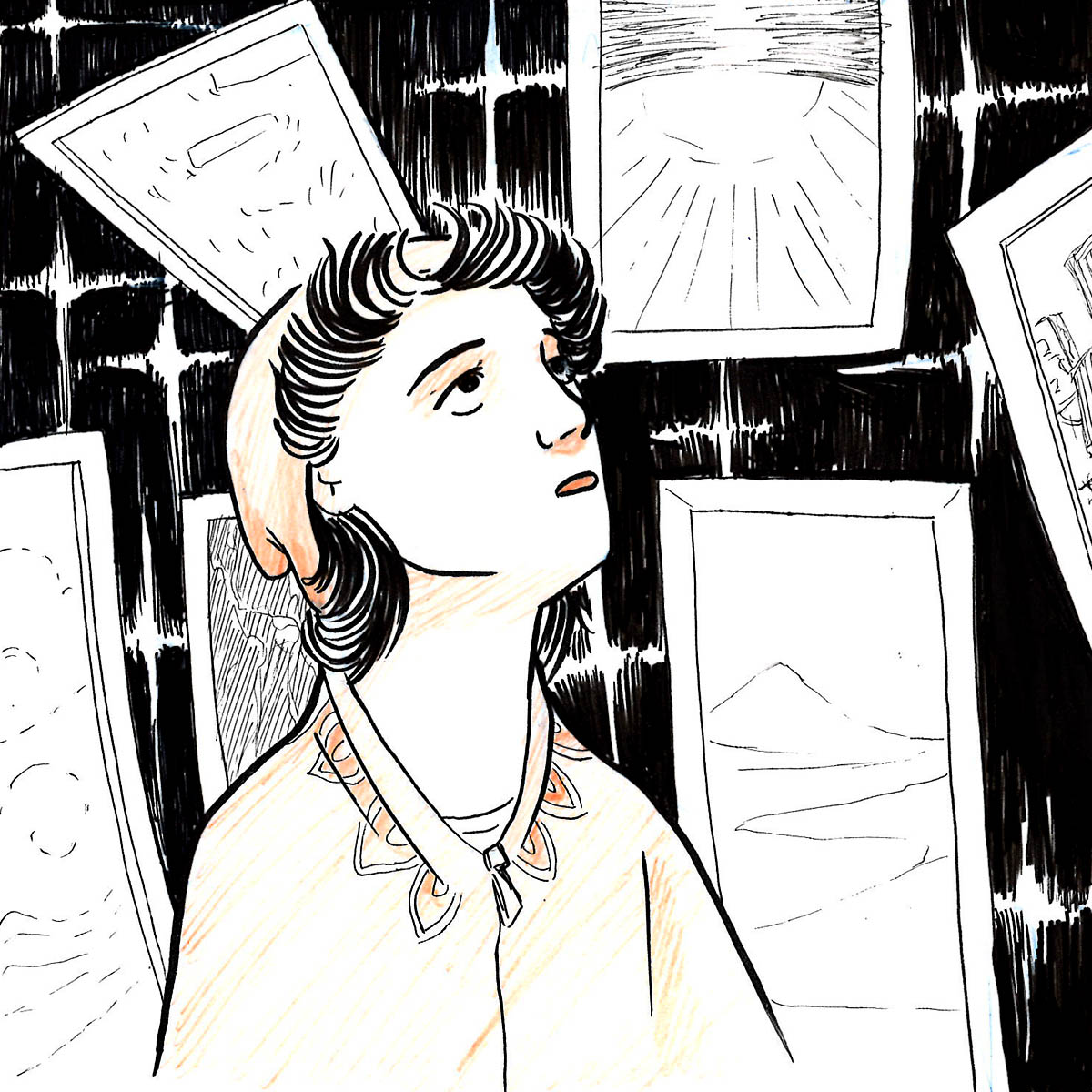 “There was a buzz when I entered the realm of gates; there was no ceiling or floor. Just endless rows of endless paths; countless, beckoning doors.” 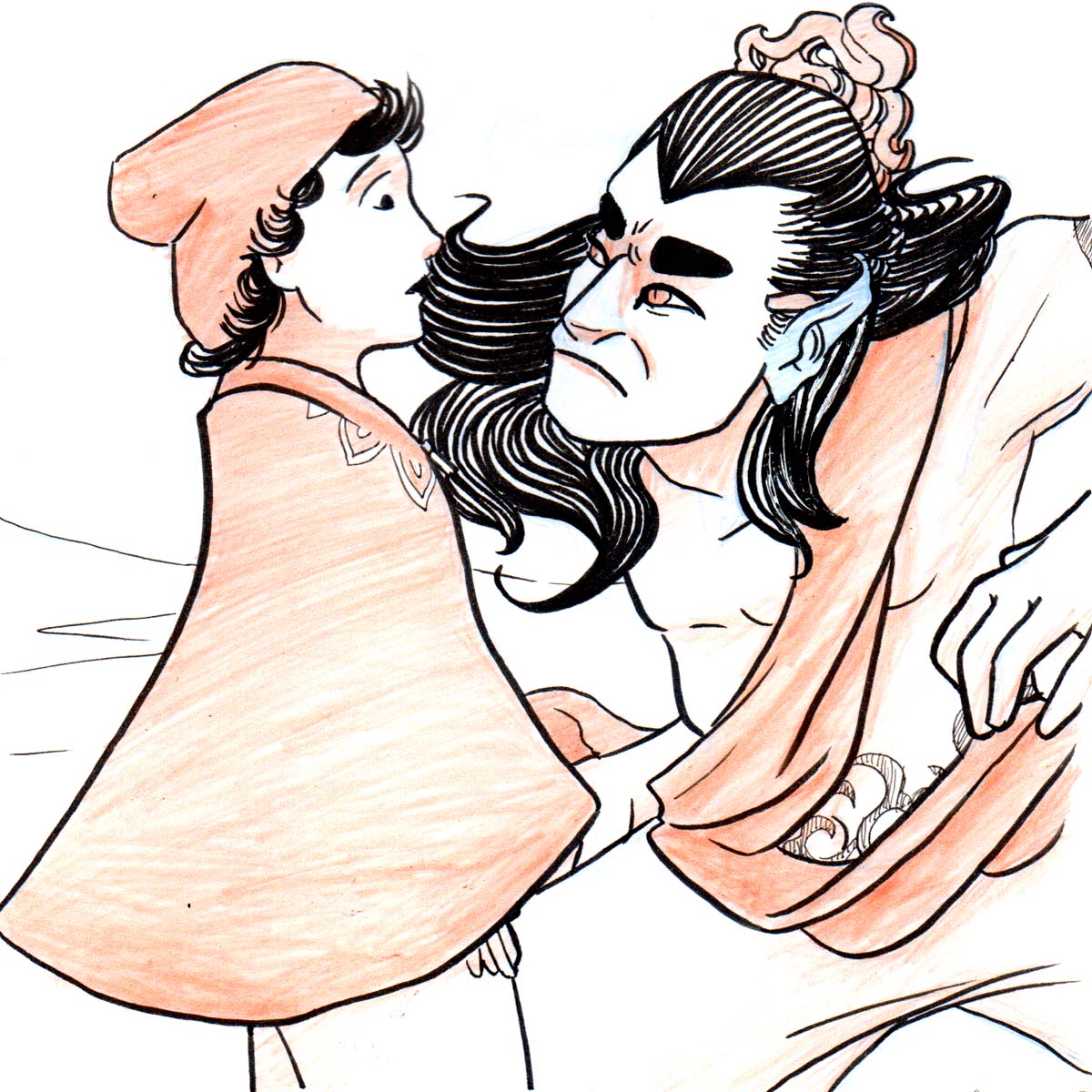 “I hadn’t prepared for danger. I hadn’t even brought food. Why food came to me at this point was beyond me. Unfortunately my next action turned out to be far less sensical than I’d hoped, though it was significantly better than worrying about lunch.” 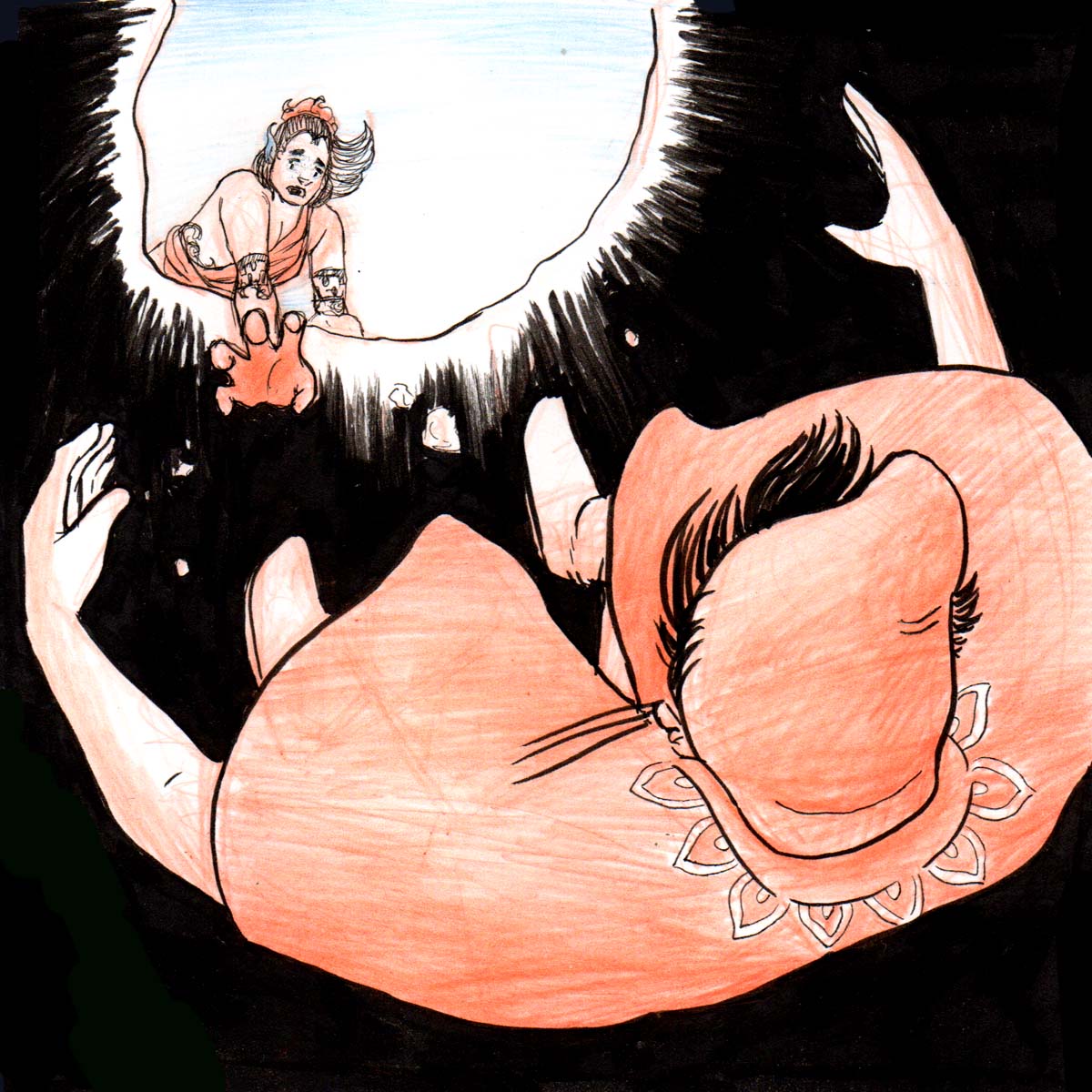 “Fleeing from the beast may have been wise, but falling through what I later found to be another portal was decidedly not. In hindsight, it was much wiser to tempt fate with the creature than what I was in store for.” 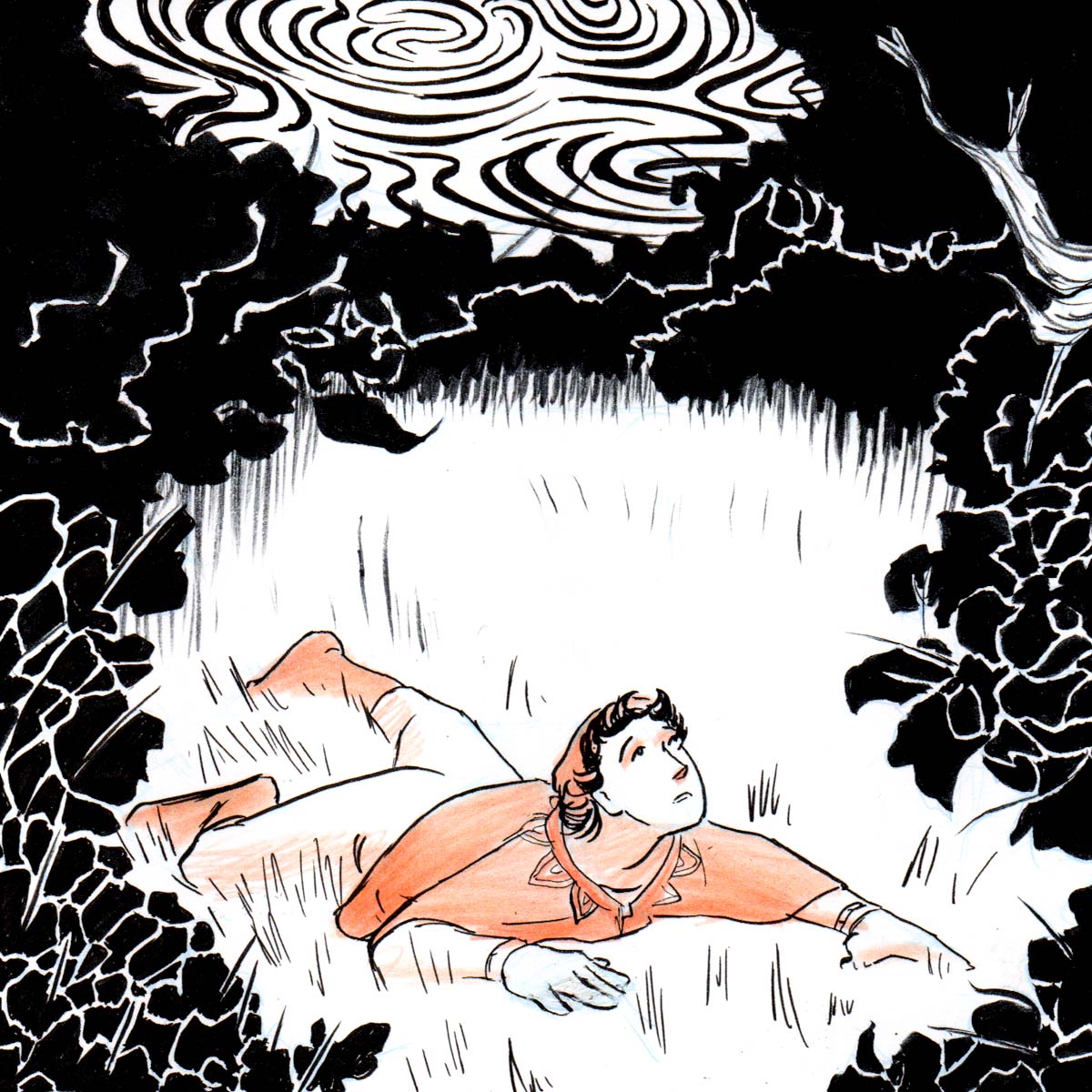 “The forest was dark and strange. I could feel I was in a place where no human should ever be. I would like to say there was a stillness, as is often written about in books about mysterious places, but this forest felt very much alive and very dangerous.” 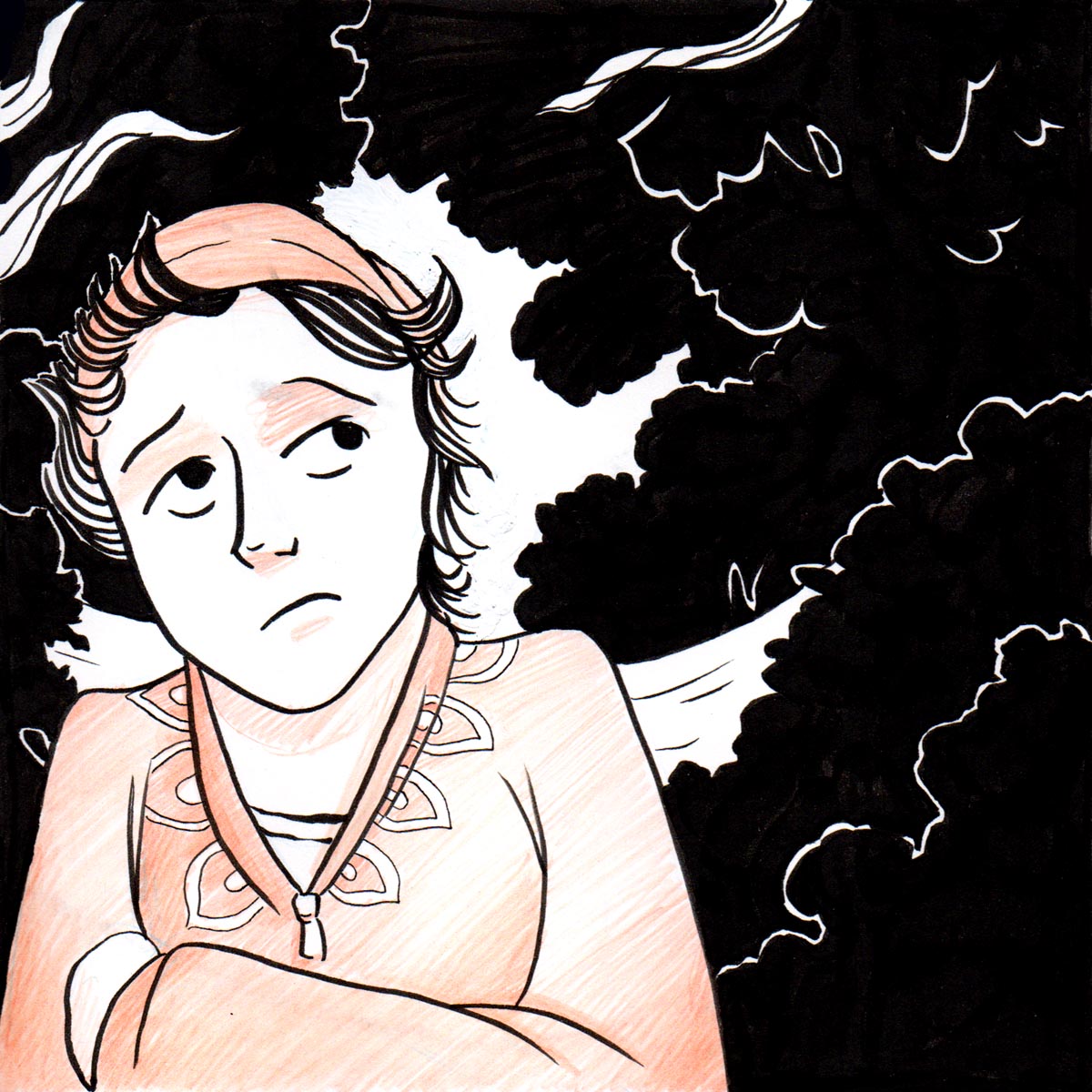 “At that point I wanted to see anyone, or even anything. The forest crept around me alive and sinister. I decided the suspense and imagination of what could be, was much worse than being on the run from some creature. I daresay I felt more secure with that beast!” 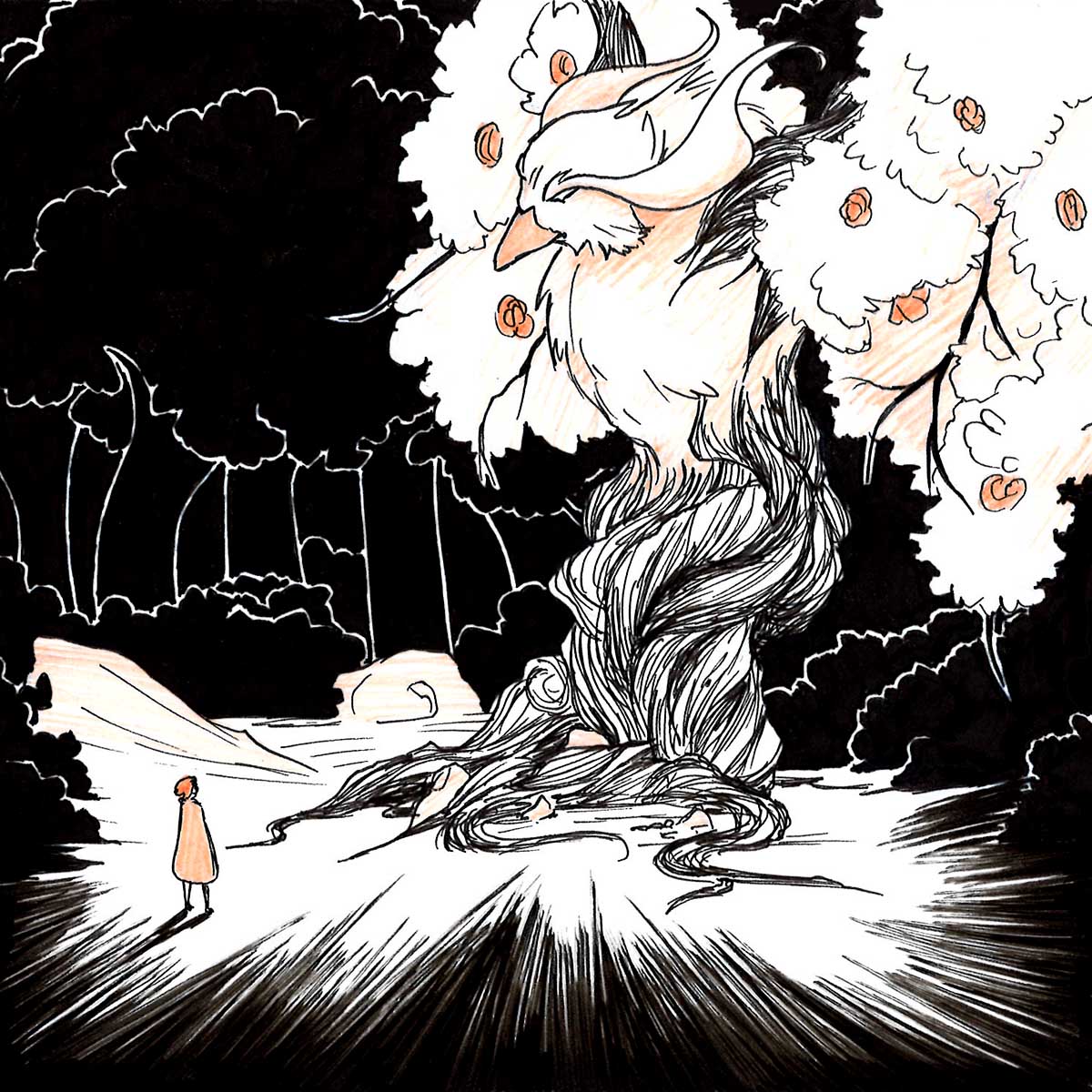 “…Spring was here. And it had never felt so menacing. I feared for my life, but I could also hear the guttural roar of a beast behind me. Was it the same one from before? The Phoenix Tree spoke in a way I could never describe, and I knew the choice if offered was either the hard place, or the rock.” 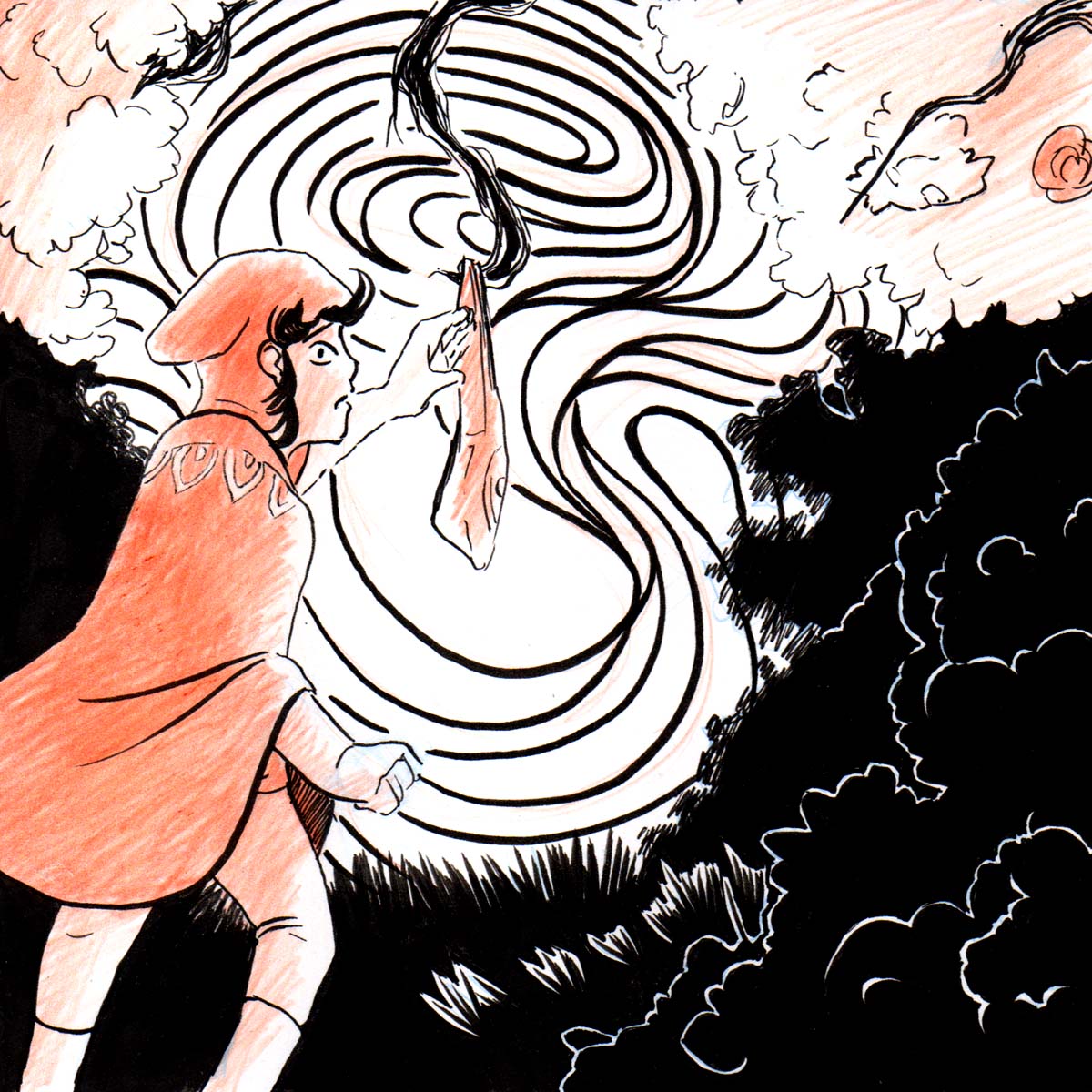 “The choice seemed to be between getting eaten now for sure, or later potentially. I took the Phoenix Tree’s offer, grabbed the satchel and ran through the portal as the beast’s growls drew nearer. I could only hope it wouldn’t follow me; and that whatever was waiting on the other side of the portal wasn’t worse.” 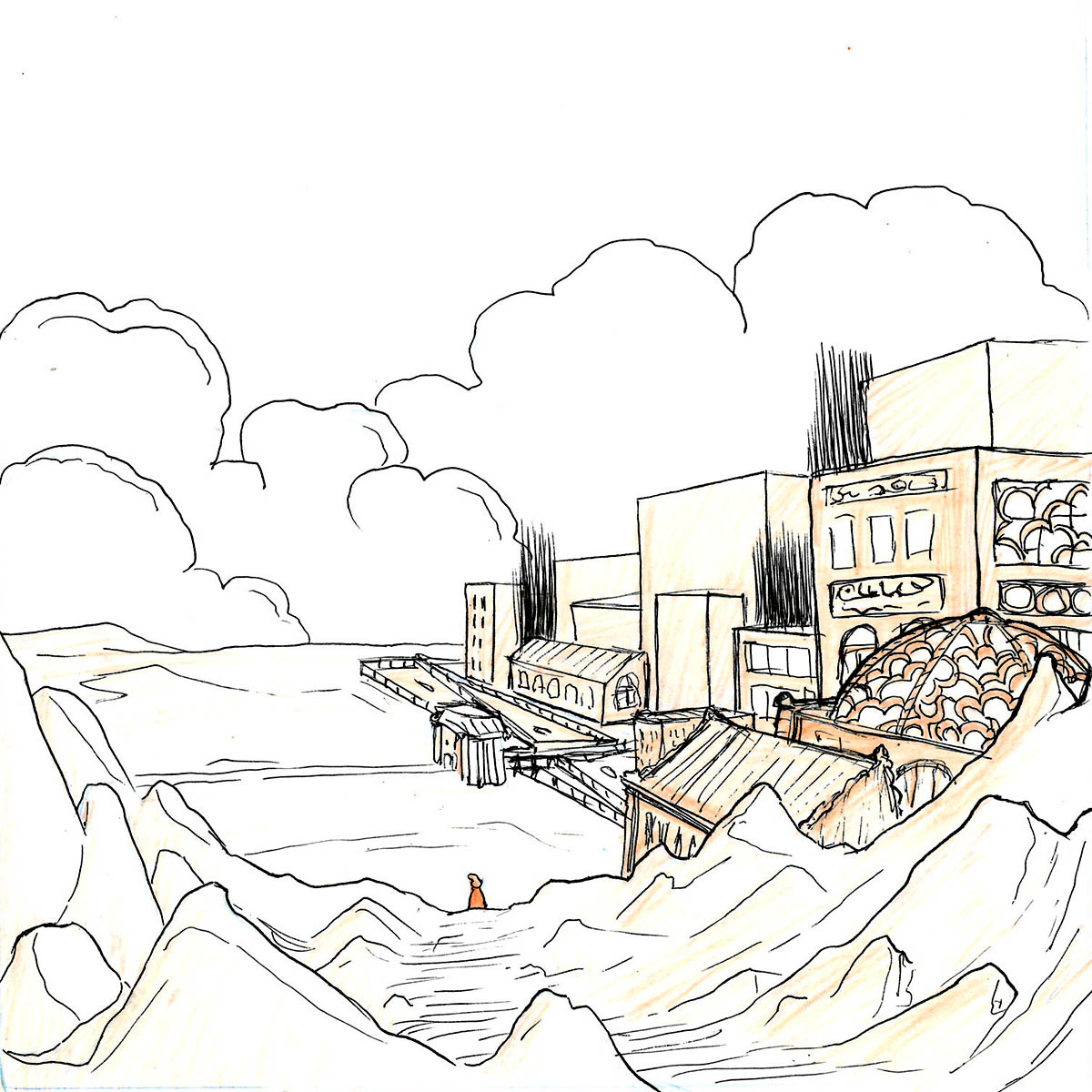 “Everyone knew about the valley of the Lightswitches. The home of those who come to train in the art of controlling energy. Some doubt their existence, but I’ve always known they were real. And that they could control all sorts of energies. Even vital ones…”

“To be honest, the city was quite pleasant. Aside from the dark patches of nothingness that felt like they were going to suck me into their depths. Looking back, I’m glad I didn’t come upon anyone in the city. I may have fainted on the spot.” 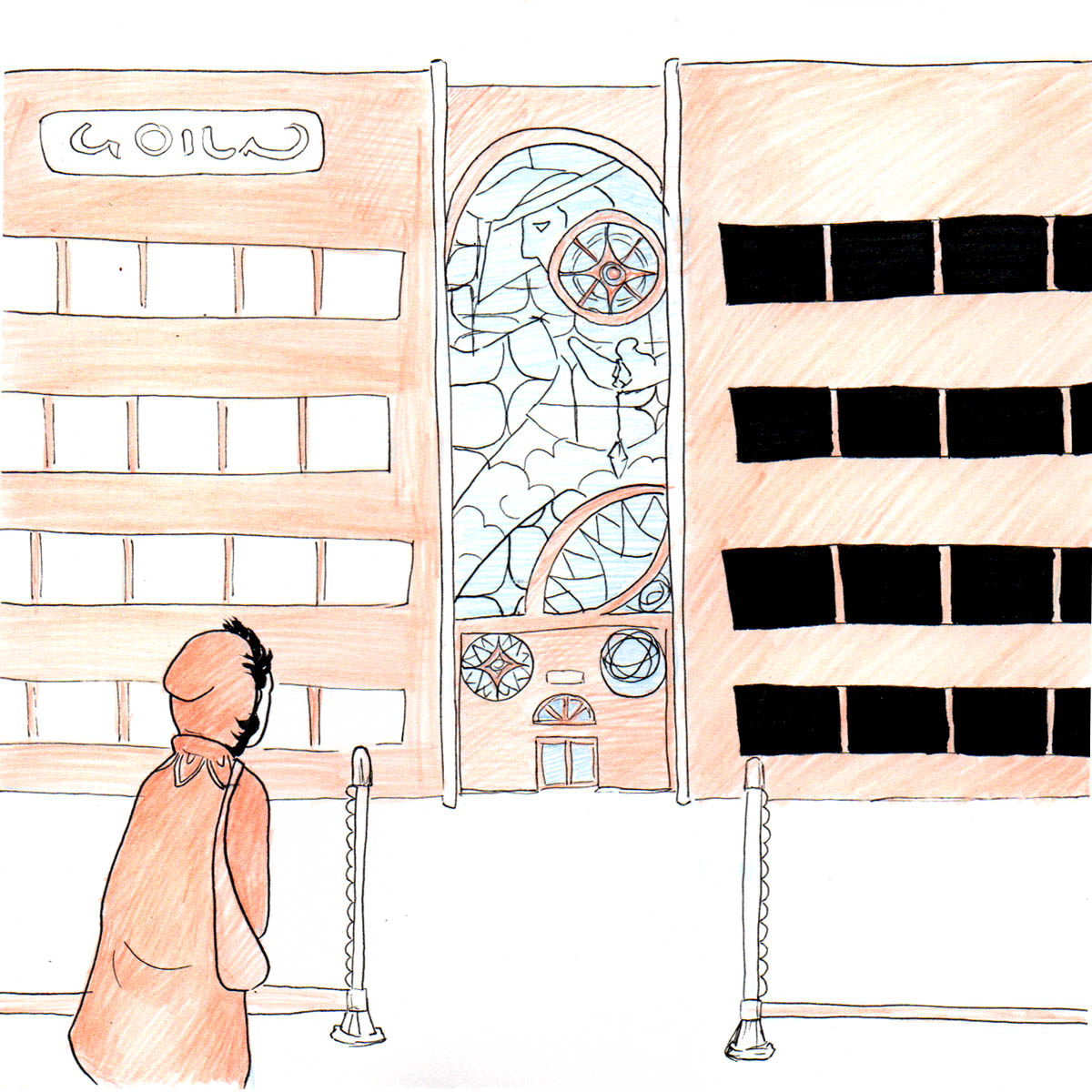 “I remember there being so much light; and so much darkness.” 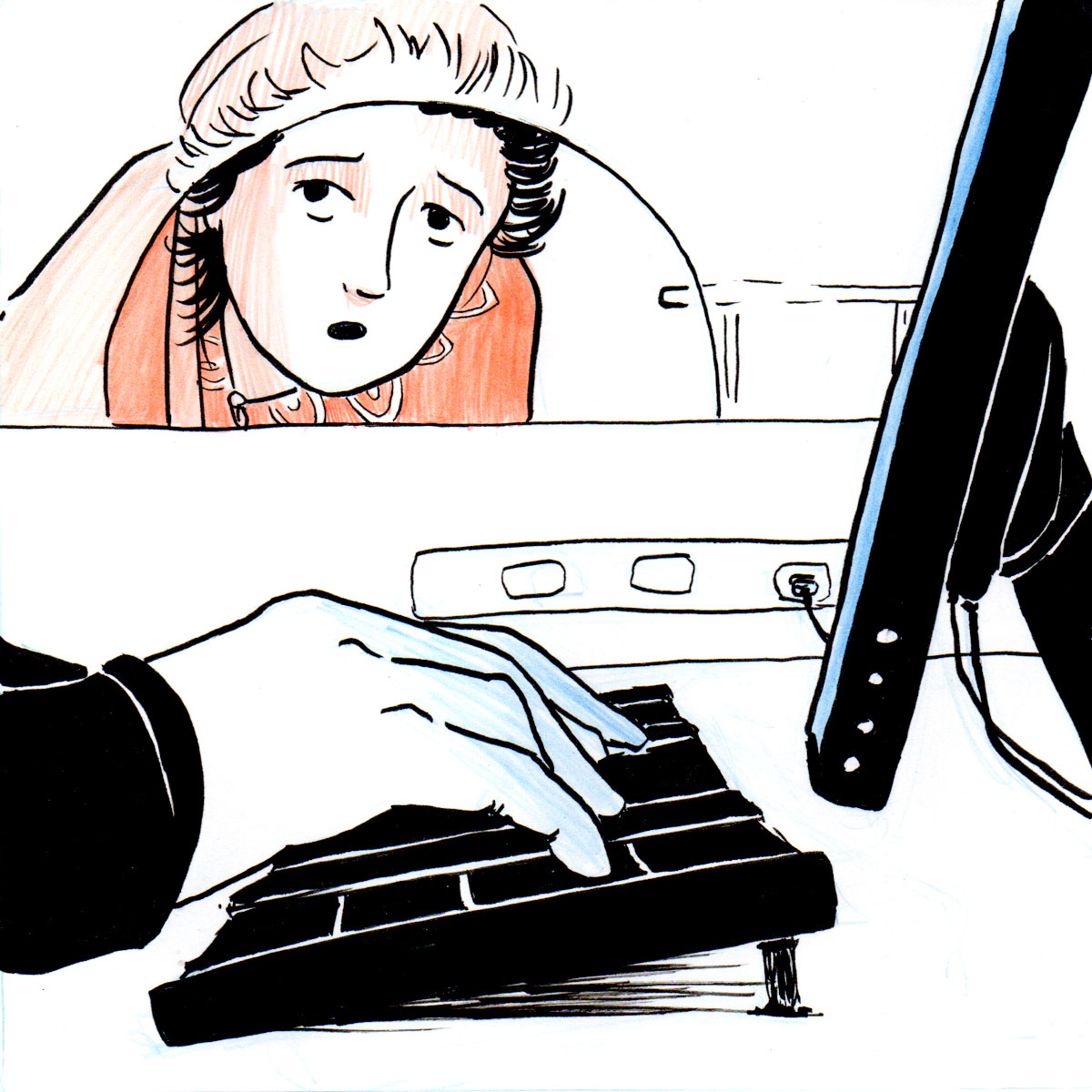 “I was told to wait. Before I gave my name. Before I stated my purpose for being there (and thank goodness for that, for even though the Phoenix Bird gave me an excuse to use, I had no confidence in it’s plan), I was told to sit. And wait.” 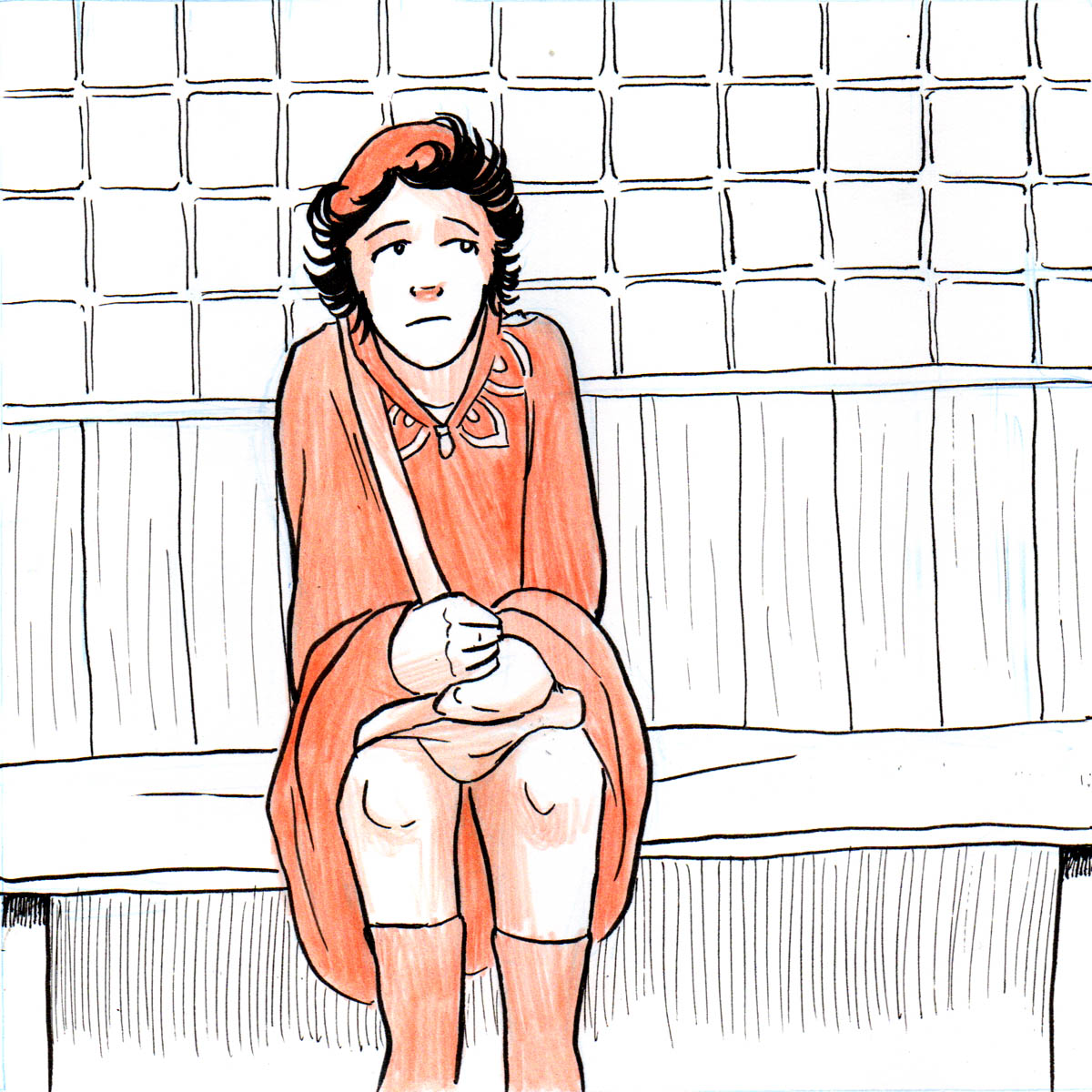 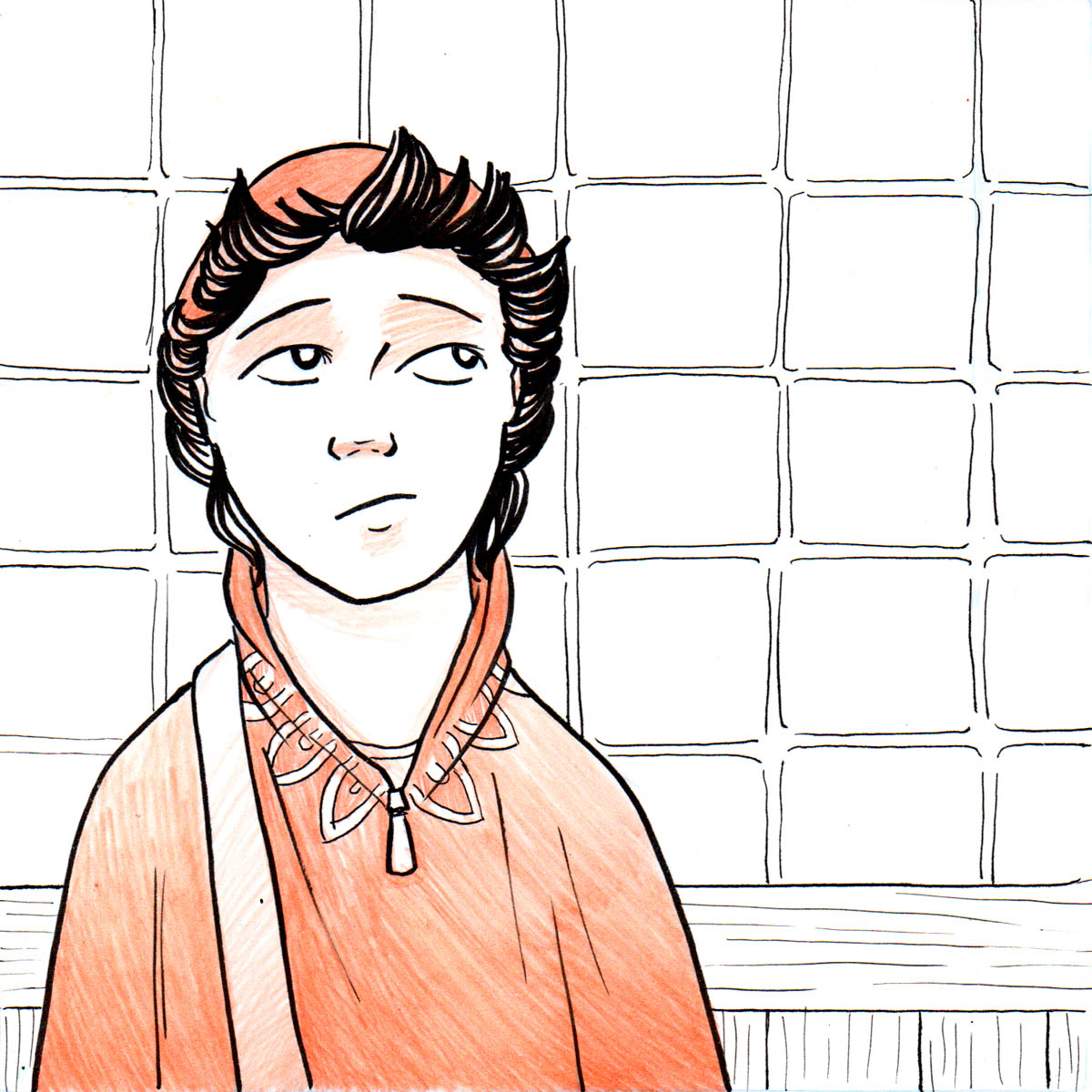 “The interesting thing about knowing you’re probably about to die is that, if there’s a waiting period of any length, you start longing to get it over with. And so did I become impatient as the minutes and hours tick by. Waiting. With no acknowledgment from the secretary and no passersby. Was it wise to ask when I’d be helped? In this case “helped” probably wouldn’t be the most appropriate word. But what if I just asked…”

“My movement, my intake of breath, must have been their cue to take action. No sooner had I the notion to rise and inquire, two officers came forth and hoisted me by the arms to my doom. But they were people. The receptionist was a person. Just like me. I sniffed to no response. I casually mentioned seasonal allergies, in the way that one casually brings up hay fever as their marching toward death, and the guards chatted with me about the pollen count.” 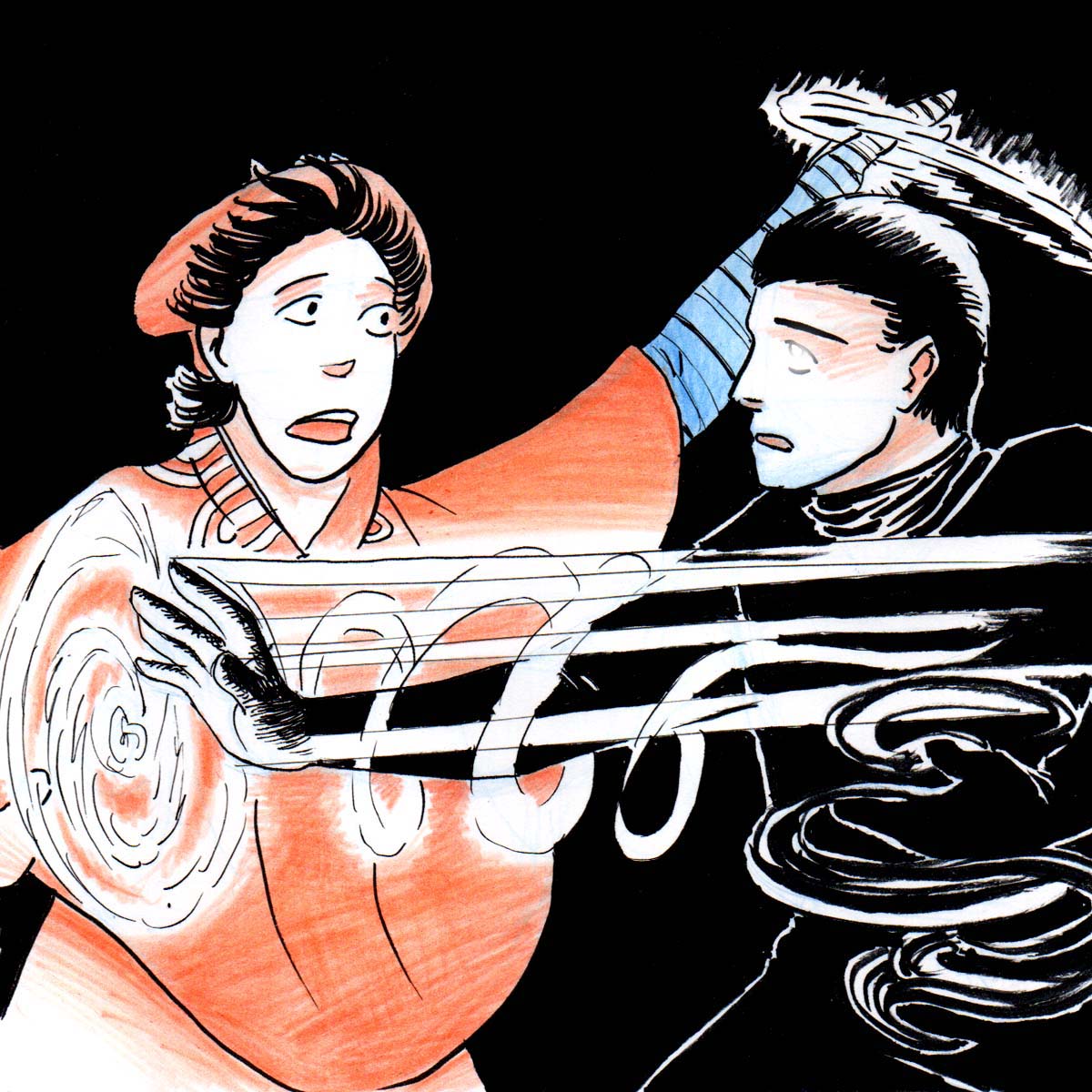 “Never touch without the glove… Never let them strike your heart… Never was there, and never will be, another report of a person stealing the halo of a Lightswitch. Likely because it was so incredibly stupid.” 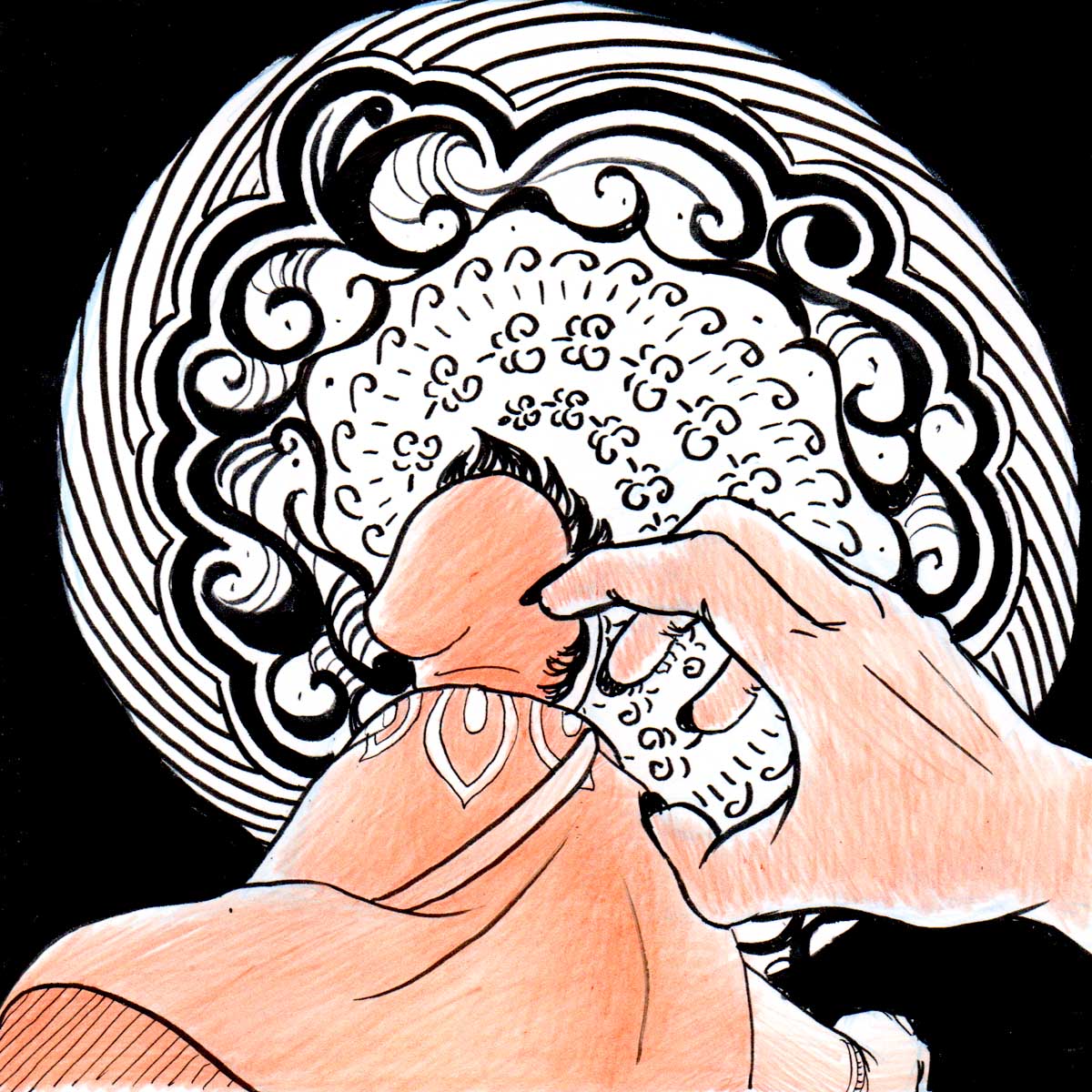 “Though I made it into the portal, I knew I could not break my stride for I was sure the beast would be lurking in the portal world, ready to strike.” 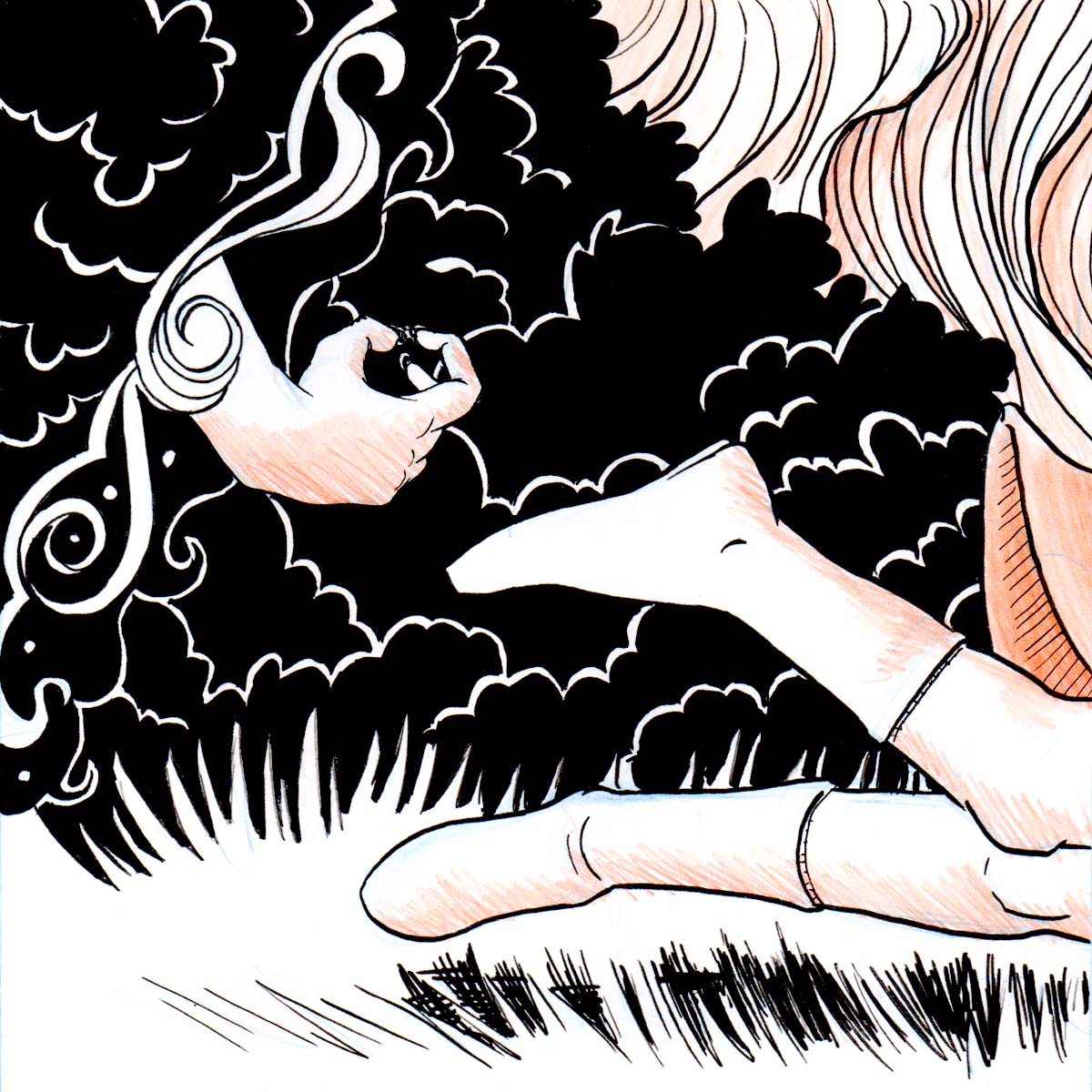 “The portal must have only permitted one entry at a time. The Phoenix Bird must have seen to that. I thought I must have been lucky to escape.” 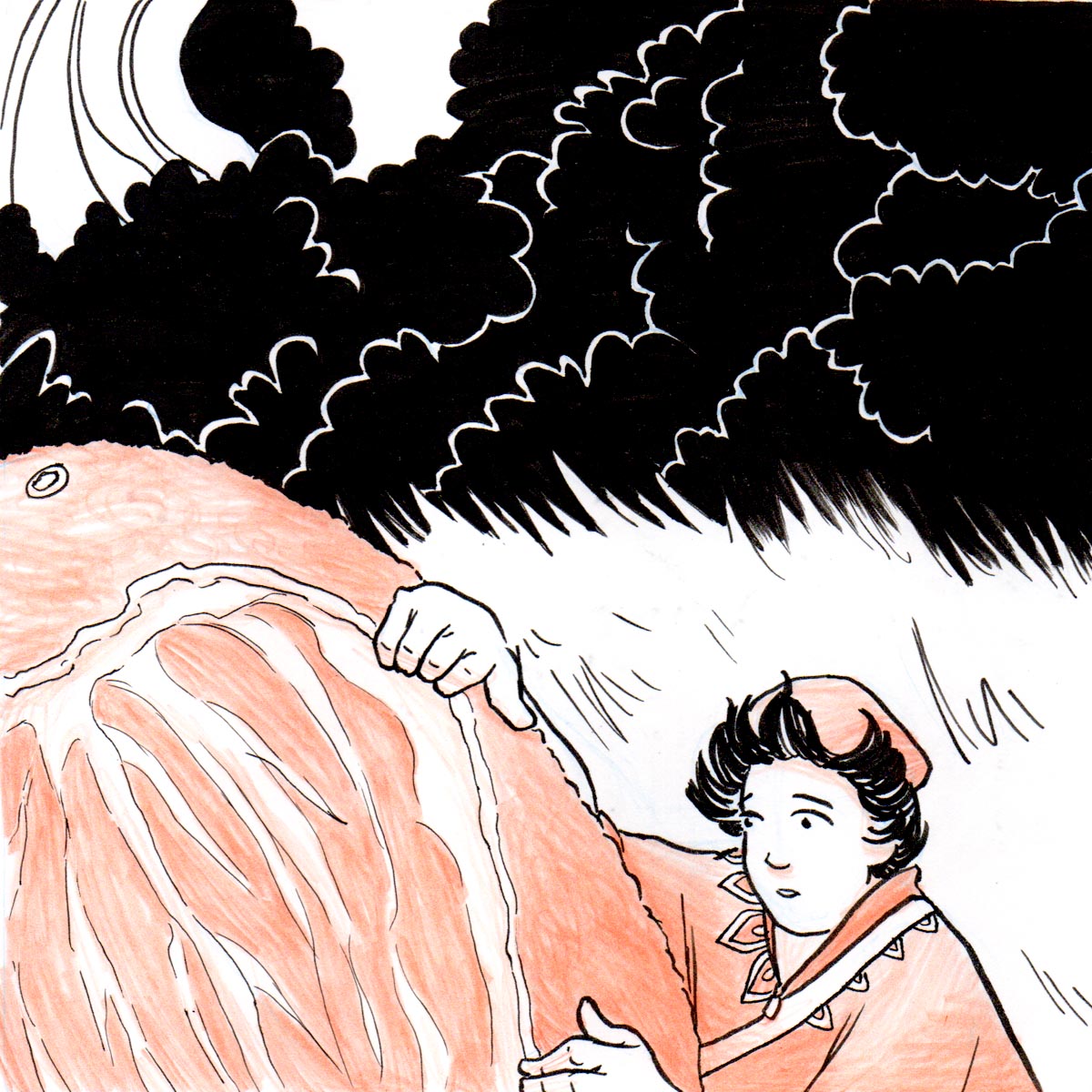 “It was a giant orange. I was not surprised in the slightest, seeing that I was at the Luncheon of the Giants. And I was there to snag a bite.” 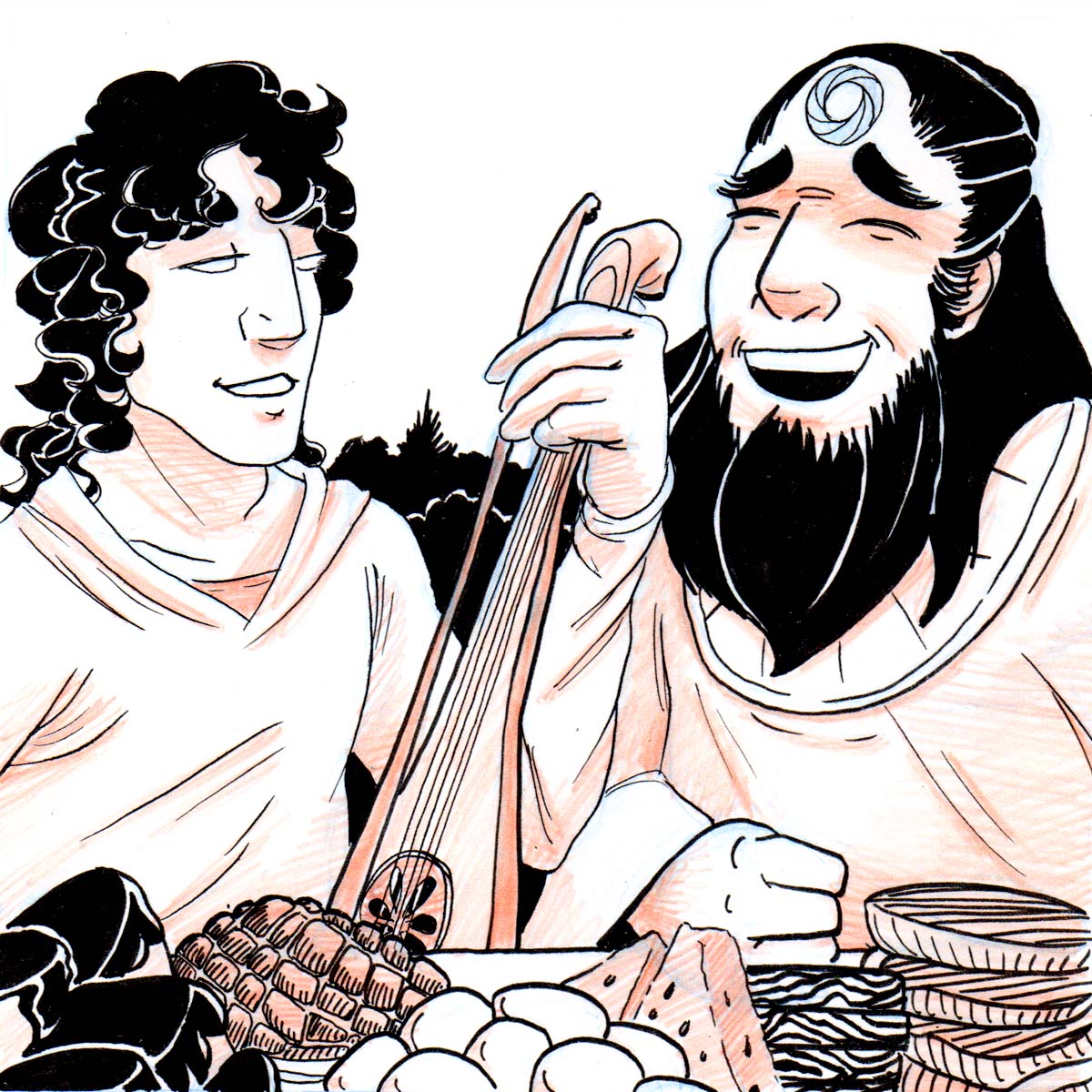 “They weren’t gods to us. By that time everyone was, of course, free to believe in whatever religion they saw fit. They were more like legends. Perhaps even myths. A giant shepherd that tends to weather sheep. The warden of storms…”

“I crouched in the bushes as the giants took in their meal. If you were to have been seated between The Bronzesmith and The Wayfinder, and turned suddenly in your chair to face the foliage, perhaps dropping on your hands and knees by some odd inclination, you would have easily spotted me among the foliage. This is all to say that I was very well hidden in my opinion, waiting for my moment…”

“The Phoenix Bird told me exactly what to do, but I think I was still riding the adrenaline high from the near-death experience in the Lightswitch compound. I climbed up the table, strode boldly into the middle and politely asked for a piece of food to take back to the Phoenix Bird. I mean, why not? Honesty is often the best policy.”

“Forget the Phoenix Tree. I had grape now. We were going to strike out on our own, me and grape. We didn’t know where we were, but we were going to figure our way home from this place. For a few blissful moments, I thought life was good. Why wouldn’t it be? I had a crunchy grape the size of my head. Just what I’ve always wanted.” 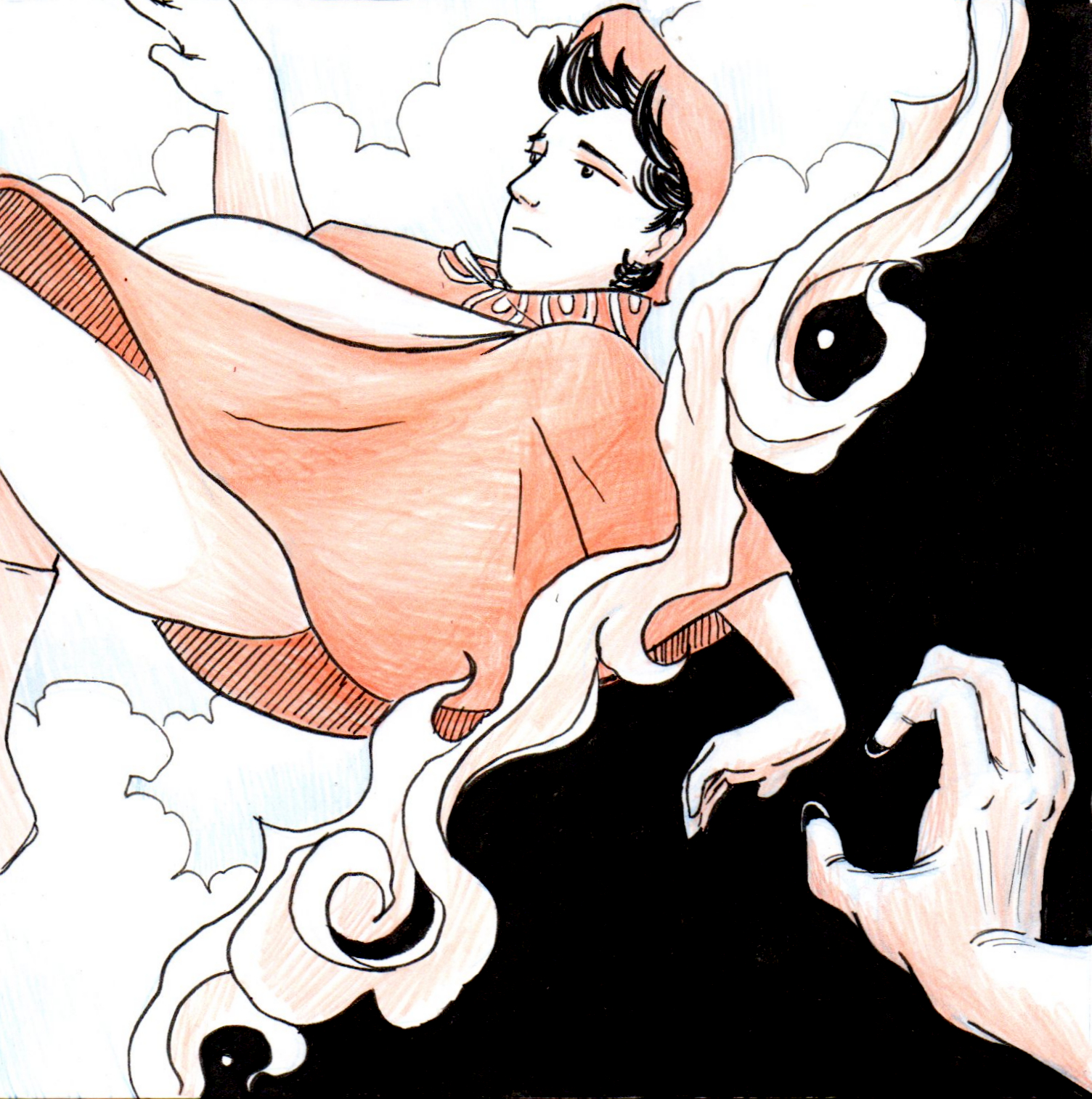 “Grape was gone, the thrill was gone, and as I sailed through the air into yet another portal, I could hardly contain my excitement. What awful way would my life be threatened this time? How hard will the fall be when I emerged on the other side of the portal?” 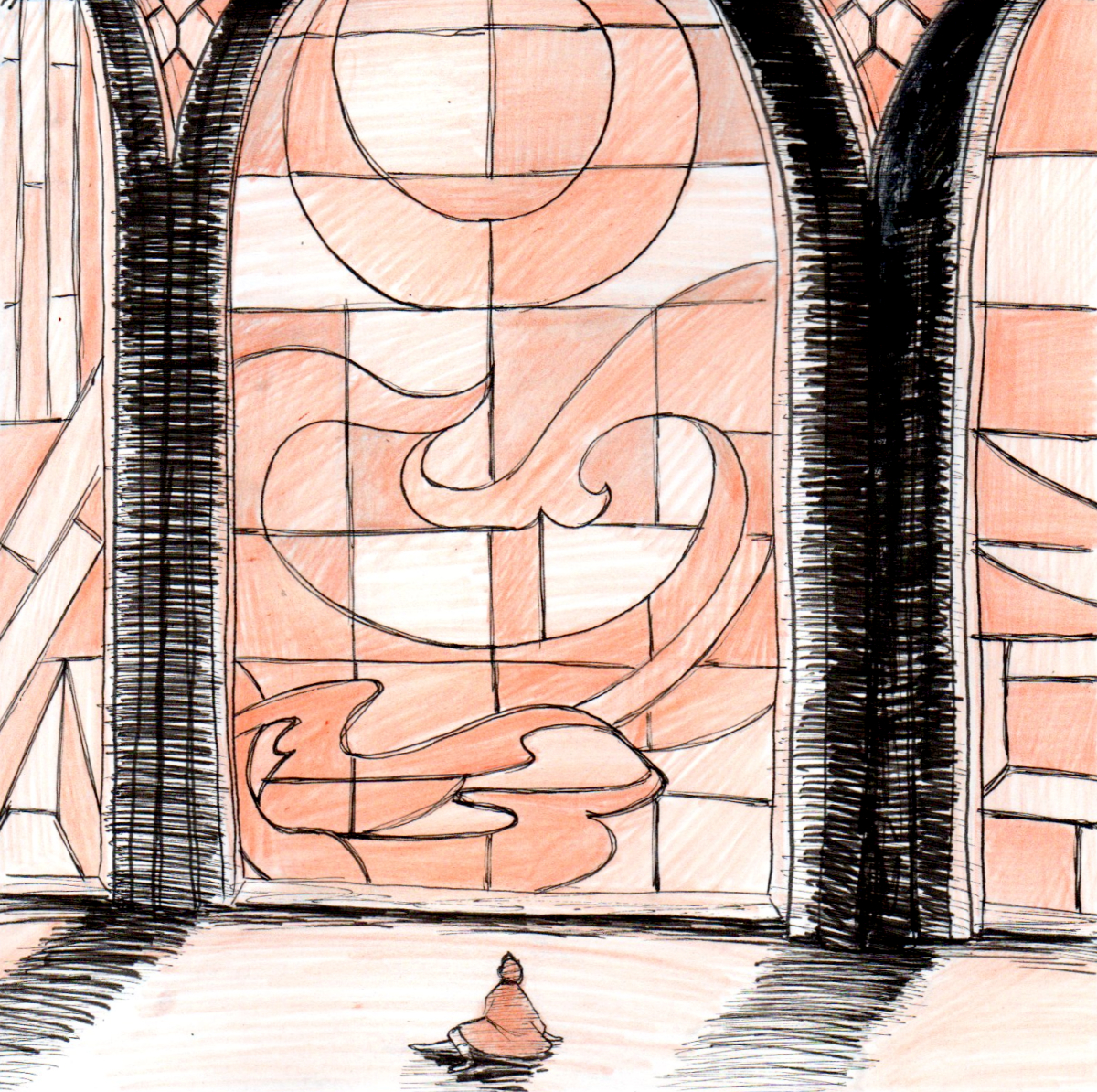 “I tumbled into a great hall. Was this the beast’s feeding chamber? The walls were dissolved into brilliant light; I’d never seen so much stained glass in my life. The light turned my fear into wonder.” 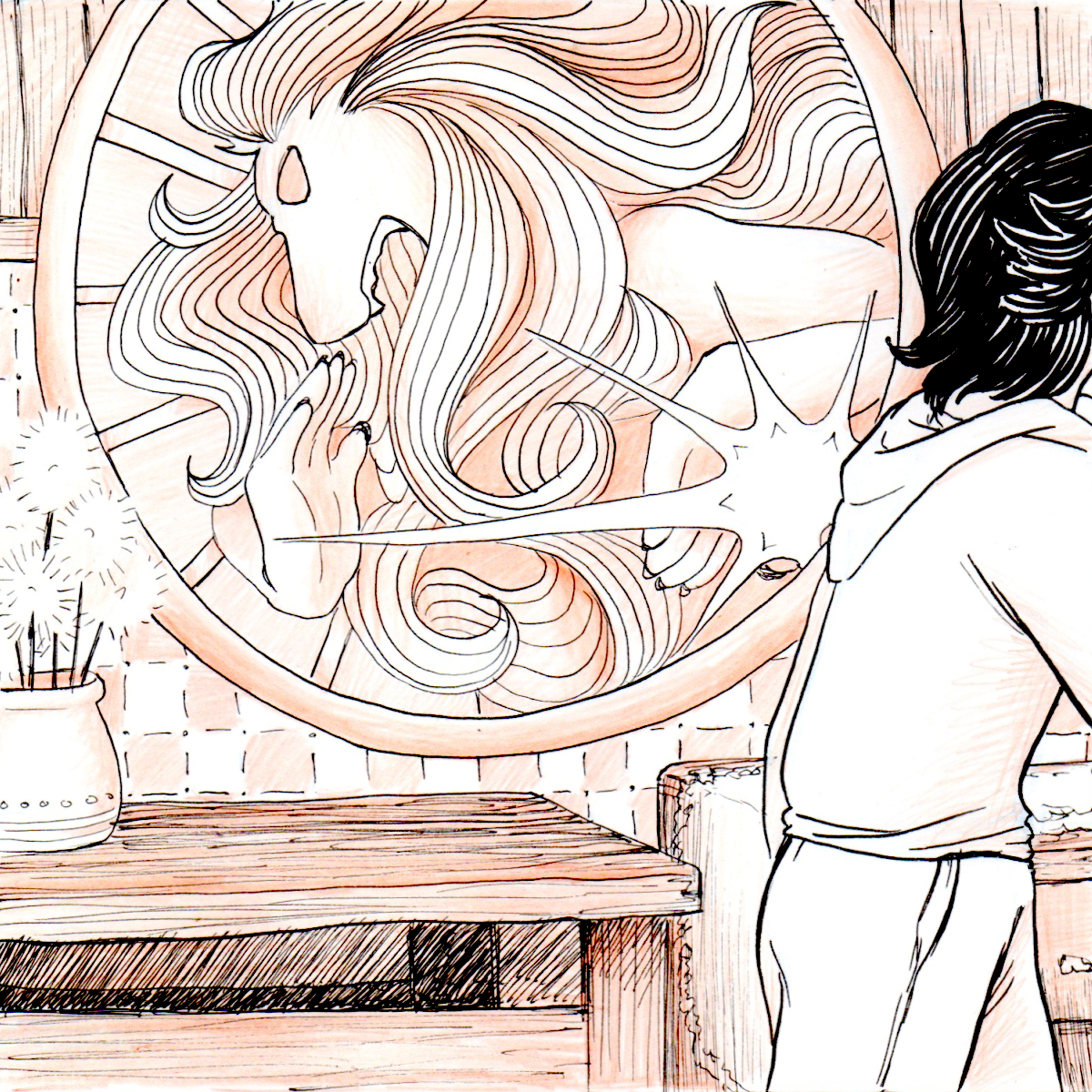 “Many years have passed since the day Harat took the Phoenix Tree’s bag from me and dropped it into a portal that spit fire, but I can still hear the screech of rage as it burned. I was sent home then. Quite literally, the portal Harat opened dropped me right inside my kitchen. The portal exit left a seal on the wall, forever reminding me of my journey.

What was the point of that trek I took from the fields of my childhood play into fantastical land beyond? Some lessons like not judging someone by their first impression come to mind, but I was right in sensing that Harat could rip me to shreds. Perhaps the lesson here is that some experiences are just meant to provide a good story. The world needs more stories anyway right?

So ends my tale.”

~Excerpt from A Traveler’s Journey